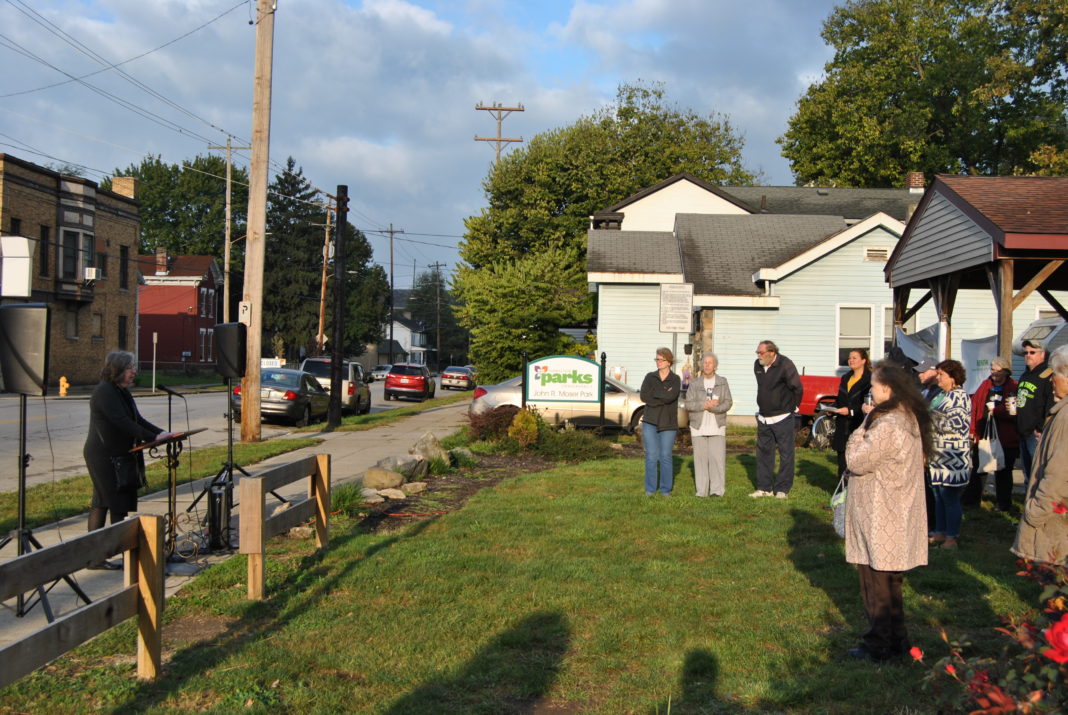 While One Hamilton Park Celebrates New Beginning, Another Honors Its Past

HAMILTON – Saturday proved to be an eventful day for the Hamilton Parks Conservancy as two ceremonies were held at separate locations, one a joyful occasion while the other a sorrowful remembrance. Though the events triggered different emotions, they both rallied around the theme of community. 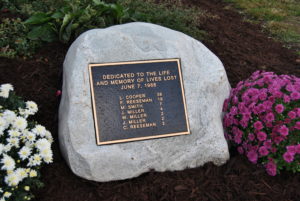 The morning kicked off with a memorial rock dedication at the North End neighborhood’s Moser Park, the former site of a 1988 tragic house fire that claimed the lives of seven victims including five children and a pregnant mother. Casey Koelblin, a teacher at Fairwood Elementary, organized the dedication after receiving a 17 Strong micro-grant to fund the memorial rock.

“This neighborhood holds my childhood memories and is now becoming the childhood of my students’ lives”, says Koelblin, a former North End resident. “This memorial rock will now be a permanent remembrance for those residents who will not be forgotten and who will remain a part of this neighborhood”.

Several community members were in attendance for the morning rock dedication including the mother of three children who lost their lives in the fire thirty years ago. The building which housed several apartments had a history of fire code violations. The victims were unable to escape with boarded-up windows and a padlocked access door.

Meanwhile over in the Jefferson neighborhood, Woody Parman could be seen actively moving about engaging with residents regarding a new park being developed right in his neighborhood. As the leader of the Jefferson Alliance, Parman had a major role in securing his neighborhood’s first ever park located at the corner of East & Hensley Avenues. 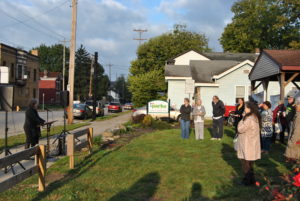 “Having a neighborhood park means having a gathering place that will help foster community engagement”, says Parman. “For people living in the inner-city, blighted Jefferson neighborhood it means helping to change negative perceptions so residents begin to feel pride in their community”.

The park, which is still in development, was made possible due to the generous support of Frank and Joanne Pfirman who donated the land along with $6,000 as well as $20,000 contributed by Harry and Jerri Thomas. Playground equipment has already been purchased and expected to be installed by the end of November; however, additional donations are being sought to fund other park amenities including a shelter and picnic tables. Interested donors can contact the Hamilton Parks Conservancy at (513) 785-7055.