Home Butler County Events The cast from Broadway hit Hamilton! received a warm welcome from the... 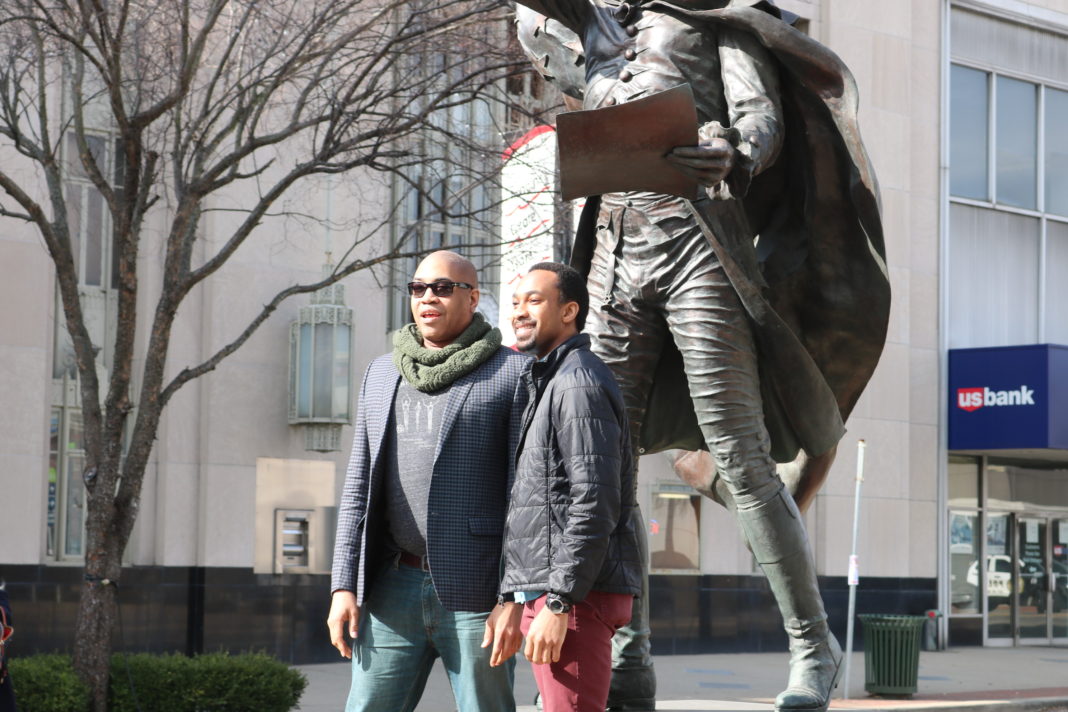 The citizens of Hamilton gathered around the iconic Alexander Hamilton statue to welcome the lead actors from the smash Broadway hit, Hamilton!

The two actors spoke to the citizens and received a proclamation from Mayor Pat Moeller. They thanked the citizens for their support and spent a few minutes with members of the Hamilton High School’s show choir.

Check out the photos below!

The lead actors of Hamilton, in Hamilton.