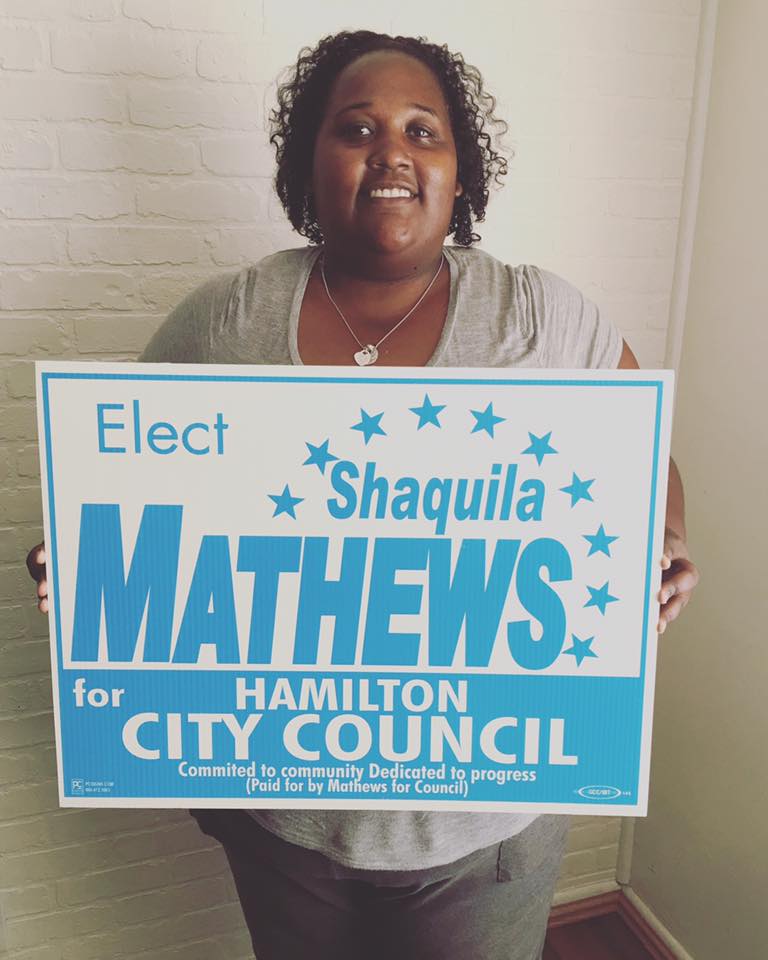 What I learned by running for Hamilton Ohio City Council.

An open letter from Shaquila Mathews

In February of 2017, I decided to take a leap of faith and do something that was completely bigger than me, run for public office it was something that I felt called to do, to represent all people from every neighborhood and allow that platform to be a place to help bring change for all.

I realized it would take a lot of time and effort to move that message and touch all 17 neighborhoods that comprise Hamilton. It was hours of planning late nights and early mornings for sure. It stretched me and challenged me to push beyond limitations that I placed on myself and allowed me to see that I could do it and I am capable of representing Hamilton.

What I learned from running for Hamilton City Council and talking to so many people from all walks of life and hearing their story and listening to there concerns for the city which was necessary because it allowed for some very meaningful things to be shared. It may sound like a cliche but we have more in common than not and we all want to be safe in our homes and our family to have a safe clean neighborhood to live in good schools and a great thriving city for great family fun.

I must say one valuable thing I take away from many would be I met people I wouldn’t have known prior to running and my life is better and more enriched by so many heartfelt meaningful conversations. I met people who said my message connected with them and what they believe in for this city and that made it all worthwhile.

My Best to you and our beautiful City Hamilton Ohio.