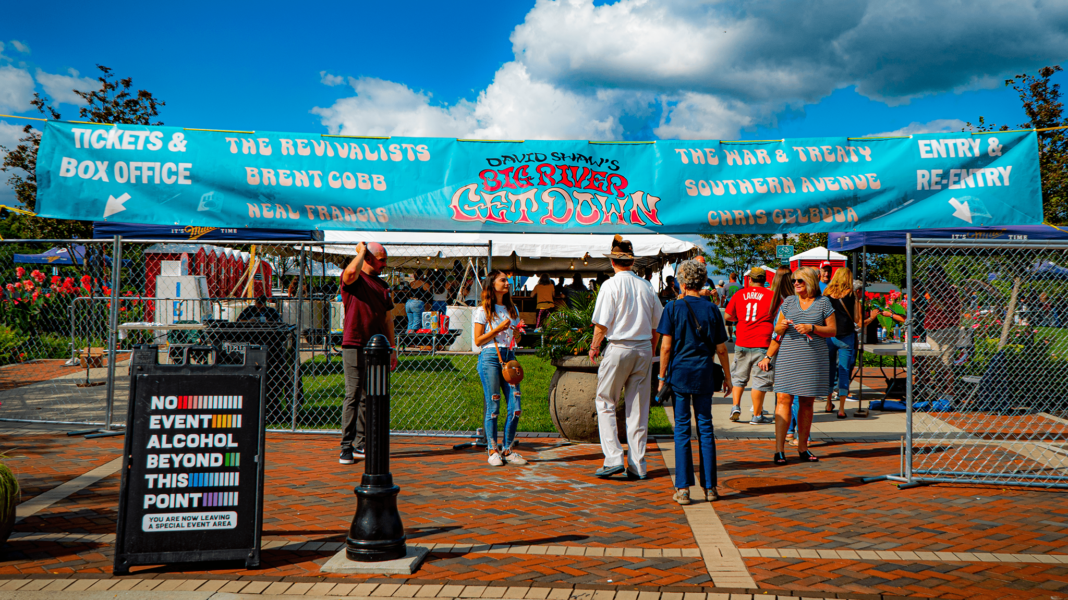 RiversEdge: The Heart of a Revivalist City

The 2019 RiversEdge Season has been phenomenal. The repeated level of excellence at RiversEdge Amphitheater can be attributed to the hundreds of dedicated, civic minded individuals with common goals. Over the past few years, I have had the joy and privilege to walk amongst them.

As a native Hamiltonian who endured the loss of industry in the nineteen seventies and eighties, I can firmly state that RiversEdge has been a major catalyst to our revival. Last year RiversEdge patronage had a 1.1 million dollar impact on the local economy and drew over 30,000 visitors from nearly every state in the union. There were visitors from other countries as well. The numbers are not in for the 2019 season, but at last weekend’s Big River Get Down alone, I met people from at least ten different states.

For this blockbuster achievement we must give credit where credit is due. RiversEdge staff is comprised of city employees who pull double duty as volunteers alongside members of the Hamilton community. It takes over 450 volunteers every year to make RiversEdge go. By virtue of volunteering, the community is donating at least $100,000 dollars in labor to RiversEdge annually. All of the sponsors for RiversEdge (with exception for Miller Brewing) are Hamilton businesses. Some of us furnish the equipment we use and service the equipment ourselves.

When Thursday rolls around it is usually show day for RiversEdge. On show day Andy Kirk and Clint Cole take the reins down at the RiversEdge. They command a mix of experienced and novice crew members. They roll out dozens of cases, lay miles of cable and erect the video wall. Soon after, the bands will load in, set up their Instruments then perform a sound check. All of this is masterfully orchestrated by Andy and Clint. Then it’s showtime.

When the show starts that’s when I get to do my thing: make movies. I capture people and performances alongside photographers Jacob Stone and RiversEgde sponsor Nicole Forte. After everything is captured in camera, I work with Clint Cole and Jacob Stone to produce marketing materials for the venue. I really enjoy the work. Kudos to Clint for the aerial concept of our 2019 season preview video. Check it out here if you haven’t already.

Your 2019 RiversEdge lineup is here! Looking forward to seeing everyone on Friday, May 31. With the exception of Whimmydiddle and David Shaw's Big River Get Down, all shows are free admission with VIP tickets also available. More info at riversedgelive.com

I have enjoyed all of the artists who have performed at RiversEdge this year. My favorite events were the Whimmydiddle Country Music Festival and David Shaw’s Big River Get Down. Both Events led to some awesome encounters. During Whimmydiddle Country Music Festival there was a surprise visit from funk legend Bootsy Collins. I had the pleasure of working with Bootsy on the pilot episode of a cartoon series. We voiced characters in “The Lounge” for acclaimed Cincinnati filmmakers Terry Lukemire and Joe Busam.

After David Shaw’s Acoustic Show at the Fitton Center for Creative Arts, I met Dan and Carrie at The Drink Tavern in German Village. They are a couple from Rochester New York. I had the pleasure of acting as their tour guide the morning before the main show at RiversEdge. We met for breakfast at Hyde’s on Route 4. Over breakfast, I shared a brief history of our city, suggested some cool places to visit and introduced them Goetta. Dan and Carrie gave Hyde’s and the Goetta two thumbs up. The couple also states that Hamilton is pretty damn cool and likened it to somewhere they would consider relocating to.

During the Saturday show, there were a couple of things that left an impression and really stick out in my mind. First is the crowd. In all my years of volunteering For RiversEdge I cannot remember a crowd roar of that scale. It was spine tingling to witness. Second was the Revivalist’s face melting cover of The Who’s “Eminence Front”. Third was seeing mayor Pat Moeller donating many hours of his time to scan tickets and issue bracelets at the front gates. It brings a smile to my face knowing we have such humble and caring leadership at the helm of our city.

David Shaw and The Revivalists

As the 2019 season comes to a close I look back at a years worth planning. I think about the efforts of everyone to make this thing go. I am gratified to serve under the leadership of Joshua Smith, Pat Moeller, Adam Helms, Steve Maxwell and Clint Cole. I am proud to serve next to everyone in Resident Services. A debt of gratitude is owed to the 450+ volunteers for RiversEdge who make RiversEdge happen. I offer a personal thank you to David Shaw and The Revivalists. I am grateful to be part of something that joyously brings so many people together and positively impacts our community. RiversEdge is truly the heart of this Revivalist City. Let’s keep it pumping.

About the author: Terrance Huff is an award-winning filmmaker who lives, works and plays in Hamilton, Ohio.