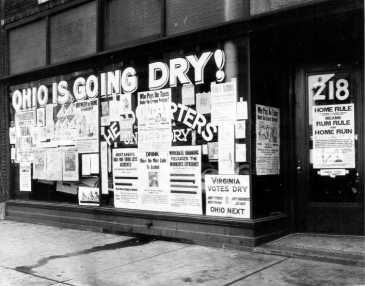 Could you imagine a dry Butler County, Ohio?

Ninety-seven years ago today Prohibition was ushered in peacefully in Butler County, Ohio.   The Hamilton Journal headlines acknowledged Hamilton’s farewell to John Barleycorn on May 24th, 2016.

Hamilton’s Police Chief Charles Stricker assigned most of his Patrolman to some of the larger saloons and theaters to curtail the possibly of  raucous drunken send-off to the fictionalized embodiment of malt liquor, John Barleycorn. Instead the citizens of Butler County sang songs such as “How Dry I Am” .

When the clock struck midnight Prohibition had begun. Most patrons were not dismayed. The largest saloon in the city had paid the State of Ohio the honor and privilege to stay opened until May 26th 1919.  The Lyman Williams Cafe on 5th Street and Clay st. would be the last legal place imbibers could find a drink legally.

The Lyman Williams Cafe was said to have had a line for an entire block. Thousands of people lined up outside to have their last legal drink in Hamilton. When midnight finally arrived on Monday, May 26th, 1919 Butler County, Ohio was dry.

The immediate affect of Prohibition in Butler County

Within five days of the start of Prohibition, Butler County commissioners raised property taxes 8.25% to adjust for the loss of nearly $30,000 dollars in liquor taxes. 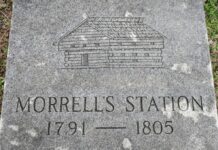