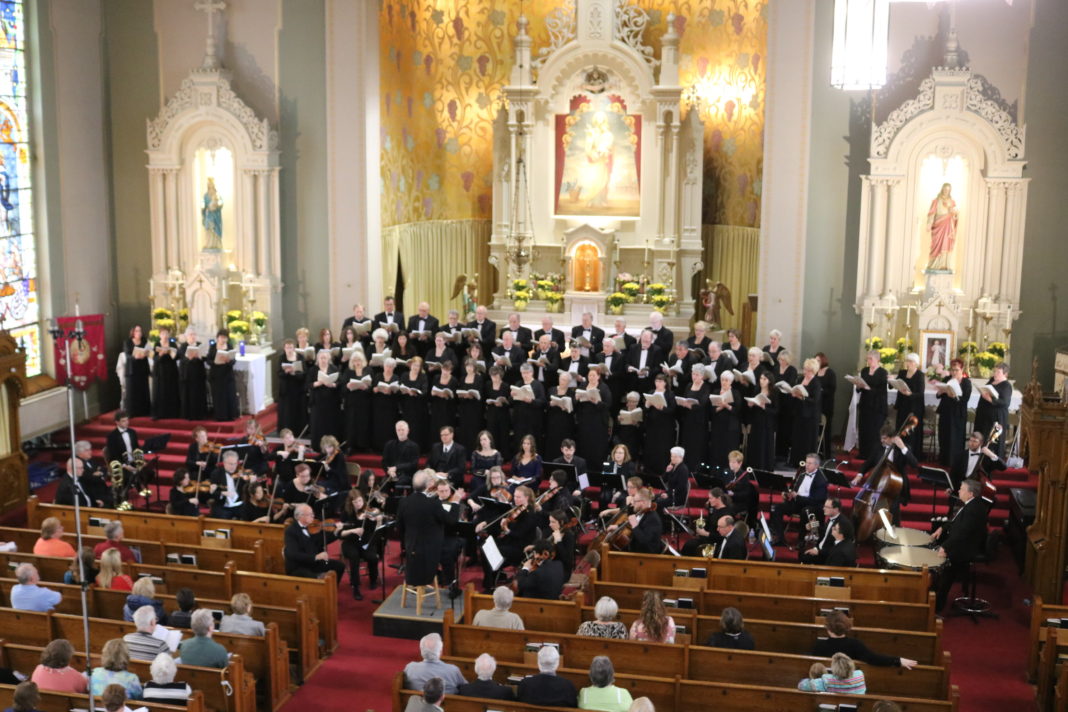 The pews of St. Joseph’s Church were packed today for the conclusion of Ohio Mozart Festival Grand Finale Concert. Today’s concert was performed by The Butler Philharmonic Orchestra and Chorus conducted by Paul John Stanbery, they were also accompanied by four Vocal Artists from the Cincinnati Opera. Today’s concert was also the Closing event of the yearlong observance of the church’s 150th anniversary year.

The joyous sounds of the Mass in c minor “The Great” K. 427 and Ave Verum Corpus K. 618 were magnificently played.

You can learn more about the Butler County Philharmonic at their website: http://butlerphil.org