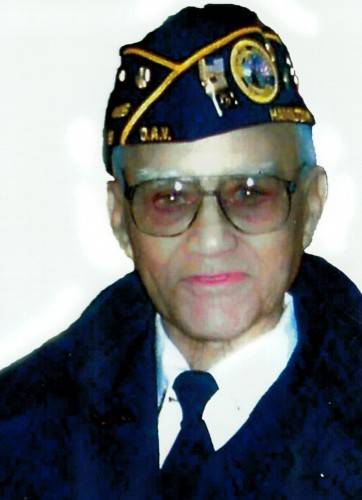 Robert William "Bobby" Harrison was one of twelve children born to the union of Bradley McKinley and Anna Mae Gano Harrison July 16, 1923 in Sadieville, Kentucky. On Thursday, April 2, 2020 Bobby made his transition from earth to glory at Fort Hamilton Hospital following a brief illness. At an early age Bobby and his family relocated to Hamilton, Ohio. He attended Hamilton City Schools, graduating from Hamilton High School in 1941. Upon graduation Bobby desired to join the US Navy but was only 17 so he enrolled in the Civilian Conservation Corps (CCC) and served in Chillicothe, Ohio. When he turned 18 Bobby enlisted in the US Navy and faithfully served his country until his honorable discharge. Upon his discharge from the Navy, Bobby returned to Hamilton. Always an enterprising man, Bobby shared with his family how during the Great Depression he had a coal business. He would "obtain" coal and had some "employees" who would help him sell it to neighbors. Keep in mind he was only a pre-teen. Bobby worked in Construction for numerous years and was a lifelong member of Construction and General Laborers Local 534. Even after retirement, he remained active with the union attending meetings and conventions and was Chief Financial Officer for the Retirees. He looked forward to their monthly 1st Friday Lunch. He was also an active Life Member of Disabled American Veterans (DAV) Department of Ohio Chapter 15. He was part of the Honor Guard and has served at numerous burial ceremonies for his fellow Veterans. Bobby was also a Life Member of American Legion Post 520/138. He enjoyed harness racing and could often be found at the track to view the simulcast. Bobby loved his family and always looked forward to family gatherings to celebrate birthdays, holidays, weddings etc. In recent years, he, his sister Pat and nephew, Marty would dine together at least two to three times a week. He would have his meal to eat in the restaurant and a meal to take home for later. He was a lifelong member of Second Baptist Church as well as the oldest living member. God has blessed Bobby to live a good long life (96 years). Over the years he has said many goodbyes, to his parents, Bradley Sr. and Anna; ten siblings, Bradley Jr., Vera, Sallie, Lorraine (Rainey), Doty and others; many good friends, including Frank Lucado (Luckydoo), Meryl Rupert, Philip Alexander and his companion of over 40 years, Patricia Brewer. Bobby leaves to cherish very precious memories, his dear sister, Patricia Harrison Hurd, his children, Kimberly (Michael) Lee, Tony Harrison, Lisa Harrison and Rebecca "Amber" Fowler; twelve grandchildren, Angela, Michael, Bryan, Candace, Jordan, Jayla, Sean, Zachary, Joshua, Megan, Christin and Lyndsay; 25 great-grandchildren; his nephew, Marty who became his driver, along with nieces and nephews, Leon, Melanie, Dr. John, Jeff, Judy, Yolande, Dr. Paul "Bo" and Helen; cousins, Leo Spears and Jimmy Burton, his furry companions, Red and Shorty and neighbor, Sonny. Services will be at the convenience of the family. Entombment will be at Rose Hill Burial Park Mausoleum. Online condolences to www.colliganfuneralhome.com