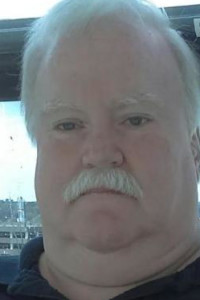 Daniel K. Clements age 59 of Liberty Township passed away on Tuesday April 7, 2020. He was born on Johnson Airforce base in Tokyo Japan on July 21, 1960 the son of the late Joseph and Emily Ann (nee Fischer) Clements. Danny was a veteran of The United States Navy serving in the USS Will Rogers ballistic missile submarine. Danny was a United States Postal Worker for many years. He is survived by the love of his life for many years Beth Clements; three step children Philip (Meaghan) Harrison, Adele White, and Cassandra (Garry) Tucker; four grand stepchildren Robert, AJ, Haley, and Mathew; one brother Perry Clements; two nephews Justin Clements and Jacob Clements. He also leaves behind many other family and close friends. He was also preceded in death by his brother Joseph Clements. A celebration of Danny’s life will take place at a later date. THE WEBSTER FUNERAL HOME is serving the family. Online condolences made at www.websterfuneralhomes.com