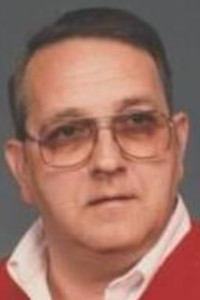 Alfred F. Lang Jr age 83 passed away on Monday April 13, 2020. He was born in Cincinnati on March 11, 1937 the son of the late Alfred and Jamie (nee Cook) Lang. Alfred worked as an engineer for Cincinnati Milacron for many years. He was married to Sonia Lang and she preceded him in death in 2014. He is survived by two sons Ron (Kim) Lang and Don (Peg) Lang; six grandchildren Ron (Sandy) Lang Jr, Brandon (Melyssa) Lang, Matt (Samantha) Lang, Laura Lang, Andrew (Amber) Lang and Alex Lang; eight great grandchildren Jadyn, Michael, Leah, Lelani, Wyatt, Landen, Colten, and Noah. He also leaves behind many other family and close friends. He was also preceded in death by two sisters and one brother. THE WEBSTER FUNERAL HOME is serving the family. A celebration of Alfred’s life will take place at a later date. Online condolences may be left at www.websterfuneralhomes.com