Home Butler County News Notable Neighbor: Tony Cecere was a staple of the horror genre for... 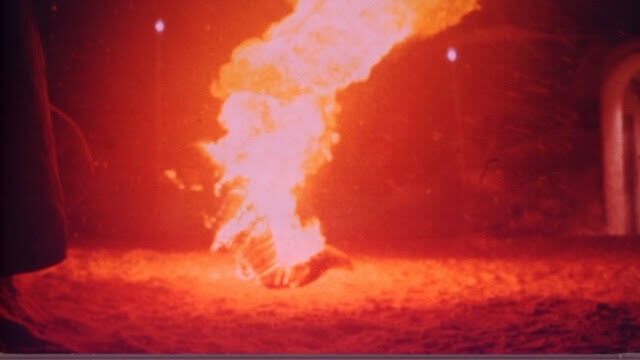 Chances are most people are more familiar with Tony Cecere than they realize. He’s a
former stuntman from right here in Butler County, and he’s played an oversized role in the movie business.
Paul Anthony Cecere (he goes by Tony) was a staple of the horror genre for decades,
participating in hundreds of classic movies and TV shows ranging from The Thing, and Nightmare on Elm Street all the way to Rambo: First Blood. He’s worked as Wes Craven’s go-to stunt man and coordinator for countless class movies and was even the Stay Puft Marshmallow man in Ghostbusters.

A Ross High School graduate, he grew up in Okeana, and later joined the Marine Corp. When his service ended, he moved to California to become an electrician. After some difficulty finding work, he took a job as a bartender and joined a gym where a few stuntmen worked frequented and the rest was history. “I found out I could get paid to do the things I liked to do as a kid.” It wasn’t easy though. There were no schools that taught what Tony needed to learn. In fact, everything was self-taught.
“Back in those days, we just bought a car or a bike and then went out in the desert. We’d practice how to roll it and fall off.” He’s done it all, from crashing cars to falling out of buildings—but he garnered a reputation for Fire Burn stunts after his first in Swamp Thing. In 1986 he received an award for his work on Nightmare on Elm Street for both coordinating and executing a stunt to be lit on fire while falling down the stairs, a stunt that had never been performed! Tony became so proficient
at Fire Burn stunts that he designed and pioneered improvements that made them both safer and appear more realistic.

One of the funniest things about Tony is that despite participating in so many classics
and being around the titans of industry, he doesn’t even like horror movies! “Back in high school, I wouldn’t even watch them.”

When asked what movies he does prefer, Tony had this to say:

“Musicals.” After 40 years in California, Tony has now retired from the stunt business and lives here in Butler County to be closer with his two daughters and grandchild. He’s been married for over 50 years to a loving and supportive wife (though she has only been on 2 movie sets!) and now owns two gold mines back in California.

Though he’s retired, he still goes to conventions to sign autographs. If you ever see him at one, stop by and let him know you’re proud to have a hometown hero like Tony!