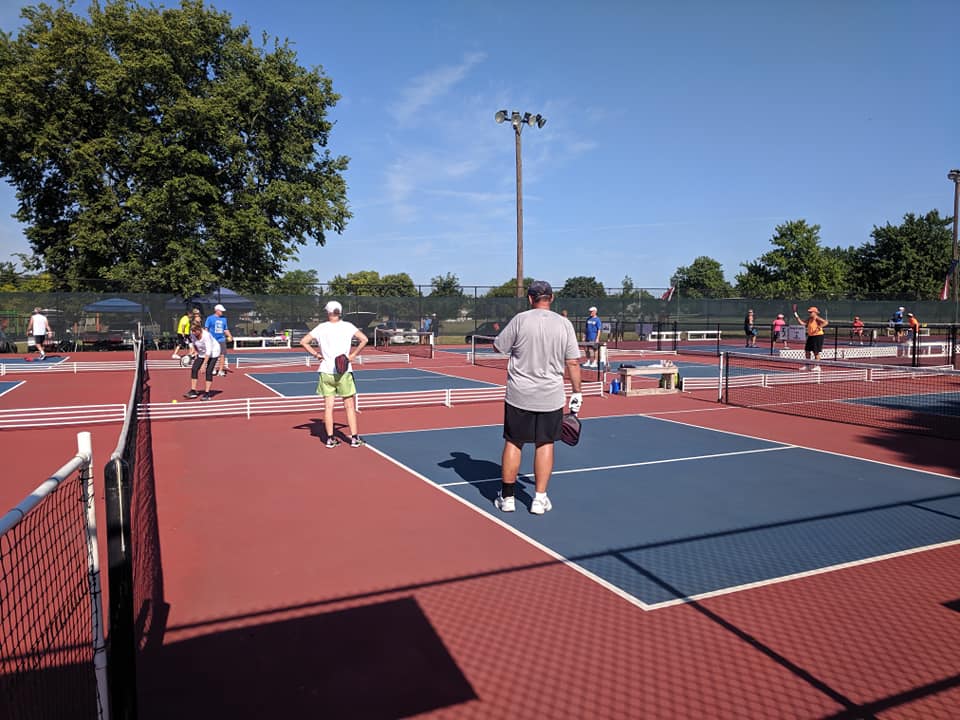 Players are competing at Ohio’s largest pickleball complex, located at Middletown’s Lefferson Park. The tournament began Thursday, when the singles tournament, open to all ages, kicked off the activities. On Friday, the men’s and women’s doubles tournaments took place. On Saturday, the mixed doubles tournament will end the fun-filled weekend.

Home to 16 pickleball courts, Lefferson Park has been a sanctuary for pickleball lovers since its deteriorated tennis courts were updated and converted to pickleball courts nearly 14 years ago. Located at 2159 Breiel Boulevard in Middletown, the park’s 23 acres is also home to baseball, softball, basketball, tennis and a playground.

Pickleball is the nation’s fastest-growing sport. According to the Sports & Fitness Industry Association, the sport has over 2.8 million players and grew by 12% last year. Middletown may be the epicenter of this national phenomenon. The Middletown Pickleball Association has grown to over 250 members and continues to expand.

“The Middletown Pickleball Association is organized to promote the development of pickleball as a means of sportsmanship, physical fitness, and healthful recreation.”

Pickleball was invented in the 1960s and is similar to the game of tennis, but players hit the ball in a way comparable to the game of ping pong. The trendy game also incorporates elements of badminton.

The Association holds free pickleball lessons for the community at Lefferson Park on Wednesdays at 6 p.m. and encourages interested persons to attend. Many play the game to compete and win, but most play to meet new people, socialize and have a good time.