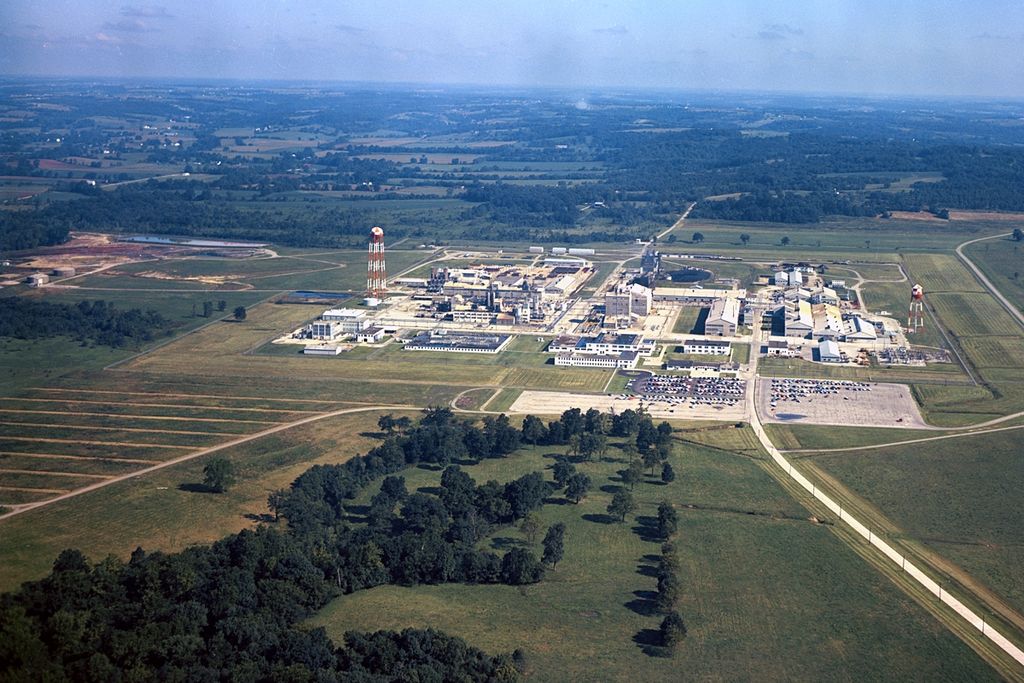 FERNALD, Ohio – In June 1984, employee Dave Bocks was found dead in a furnace at the Fernald Feed Materials Production Center. The mystery surrounding his death has puzzled investigators ever since.

From 1953 to 1989, the Fernald site was used to process uranium for nuclear weapons. A government facility operated by the U.S. Department of Energy, Fernald was known to be a source of pollutants and scandals throughout its years of operation. Dave Bocks worked as a pipefitter at the plant, beginning in 1981. He was known as a trustworthy and exemplary worker and was highly respected by his coworkers.

Dave was responsible for the inspection and maintenance of various equipment throughout the facility. He would check the pumps and dust collectors used in the factory to ensure that they were working safely and properly. If radiation levels were particularly high in a certain part of the plant, Dave knew. Dave worked the night shift and was one of the few people patrolling the facilities during those hours.

At 11 p.m. on the night before his death, Dave carpooled to work with his coworker, Harry Easterling. The two met in the parking lot of a local restaurant, as they always did. According to Harry, everything seemed normal, and Dave talked about his new lunch box and his plans to go on vacation with his children.

Once the two arrived at the Fernald plant, things began as they always did. Dave reported to the plant’s maintenance room, dropped his personal belongings off in the storage area, and began his rounds.

Sometime during the shift, one of the workers at the plant saw Dave sitting in a pickup truck with a supervisor. The worker remembered seeing the two engaging in a serious discussion, but wasn’t close enough to hear what they were talking about. Although the weather was hot and muggy, the witness remembered that the windows of the pickup truck were mysteriously rolled up.

Around an hour after this observation, the unnamed employee stumbled upon Dave again. This time, the worker noticed that Dave was walking into the wrong part of the facility. Dave had been assigned to section 8 but went into section 4. This was the last reported sighting of Dave Bocks before he was found dead.

Near the end of the shift, Harry Easterling became a bit confused when Dave failed to show up at a safety meeting at the conference room in section 4. Harry went back to the maintenance room and noticed that Dave’s personal items were still arranged exactly as he had left them the night before. He specifically remembered seeing Dave’s keys sitting in the locker. Assuming that Dave was just working overtime, Harry didn’t worry too much about it all. He instructed the security guard posted at the maintenance building to remind Dave to meet him at the restaurant that night.

At 7:30 a.m., one of the furnace workers in section 4 reported to his supervisor that some of his equipment was coated in an unknown sticky substance. The employee also reported a strange smell coming from the furnace. The supervisor dismissed the employee’s report and instructed him to continue as usual.

That evening, Harry arrived at the restaurant to carpool to work with Dave. When Dave didn’t arrive, he immediately knew that something was wrong. He went straight to work and reported Dave as missing. The security team immediately opened an investigation and searched for anything out of the ordinary at the plant.

Looking back through records, plant officials noticed that at 5:15 a.m. the morning Dave went missing, an anomaly was detected in the furnace at section 6. This suggested that something foreign had entered the furnace. When workers inspected the furnace, they found a piece of bone sitting on its edge. After this discovery, the Hamilton County Sheriff’s Department was immediately called in to investigate, and operations at the plant were brought to a halt.

Investigators had to wait a grueling three days before the furnace materials cooled from the molten liquid into solid. When they searched through the contents of the furnace, they found Dave’s keys intact.

Why are the keys significant? If Dave’s keys were indeed seen by Harry after the anomaly was recorded in the furnace, then that means the keys were added to the furnace after Dave’s body entered the furnace. This suggests that someone killed Dave, and tried to cover it up.

Other contents found in the furnace material were remnants of Dave’s bones, his glasses, his walkie talkie, the steel toes of his boots, and a steel wire that was looped in three-arm or head-shaped circles.

After this discovery, investigators quickly concluded that Dave was dead, and assumed that the death was a suicide, despite clear and convincing evidence to the contrary. But there were some signs that could have pointed to a suicide. Dave was said to have had some psychological maladies and was rumored to have previously attempted suicide around the time of his divorce.

Dave’s family has refuted claims by investigators that the death was a suicide. Instead, the family believes that Dave was murdered, and many of the plant’s former workers seem to agree. Some have speculated that Dave Bocks had damning information on the plant’s environmental impact, and planned to blow the whistle on the hazardous byproducts of the operations at the plant. It’s worth noting that a disaster took place not long after Dave’s death, releasing tons of toxic radioactive dust into the air.

Law enforcement claims it was suicide. Family and coworkers claim it was a murder. What happened to Dave Bocks? We may never truly know.

What do you think happened?