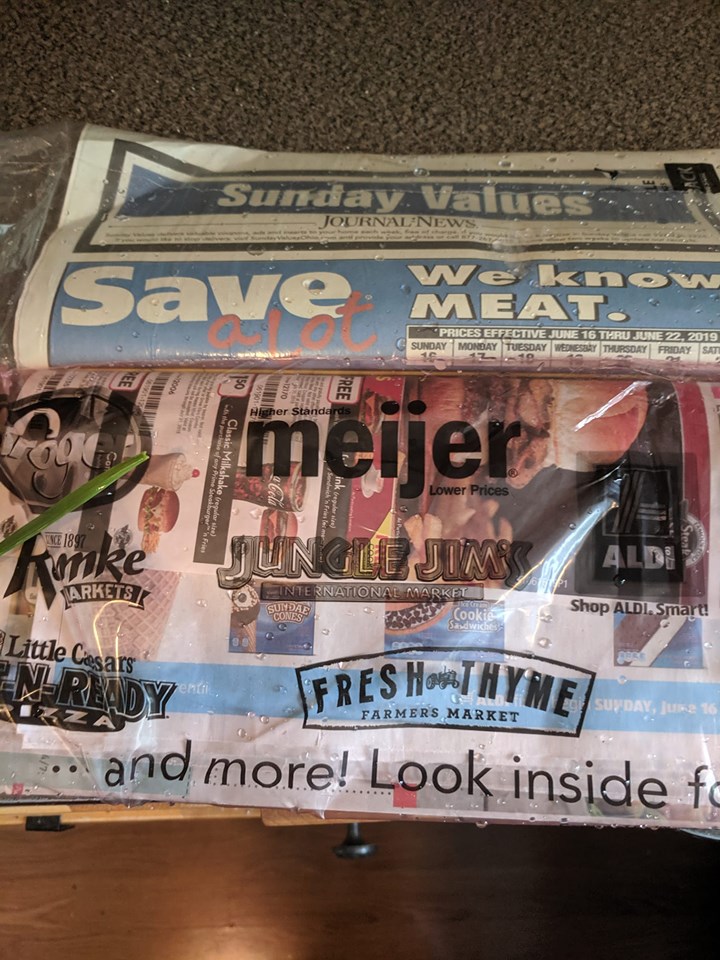 Monroe City Council recently approved an ordinance that will guide how advertising circulars can be delivered within the city. While delivery is still permitted, there will now be more stiff measures in regard to placement and the delivery.

The newly passed ordinance that will regulate unsolicited materials is expected to go into effect in July. Law Director Phil Callahan said Vice Mayor Dan Clark had originally asked that the ordinance be drafted. Other council members have expressed that it has become an issue when unsolicited, printed materials end up in the streets or storm sewers. Often, residents are forced to pick them up and put them in the trash after they’ve been sitting on their properties.

“Whereas, the city has experienced ongoing problems with the delivery of unsolicited
written materials to areas of private property such as yards and driveways, commonly resulting in materials remaining in such locations for extended periods of time, causing visual blight,” states the ordinance.

The ordinance also says that the city has received a number of complaints from residents about the advertising circulars being delivered to locations on their private
property like yards and driveways.

Is this a model for other Butler County communities to follow?

The unsolicited ordinance states where the advertising materials may be placed. They
can’t be delivered or placed at any premises other than the following:

A violation of the ordinance will result in the person who delivers the materials being penalized as well as the company or organization that produces the circulars. The first offense is a minor misdemeanor. Any following offense will be considered a third-degree misdemeanor if the employee or the business has been previously convicted.

A separate offense shall be deemed committed each day during or on which a violation or noncompliance occurs or continues, depending on a defendant’s status as an individual and/or organization.
Advertising companies and newspapers are a few of the organizations that deliver these advertisements and coupons to residents.

Thousands of unsolicited materials are delivered in the city, annually. The hope is that
limiting delivery will result in a more consistent esthetic and help to reduce litter in the city.