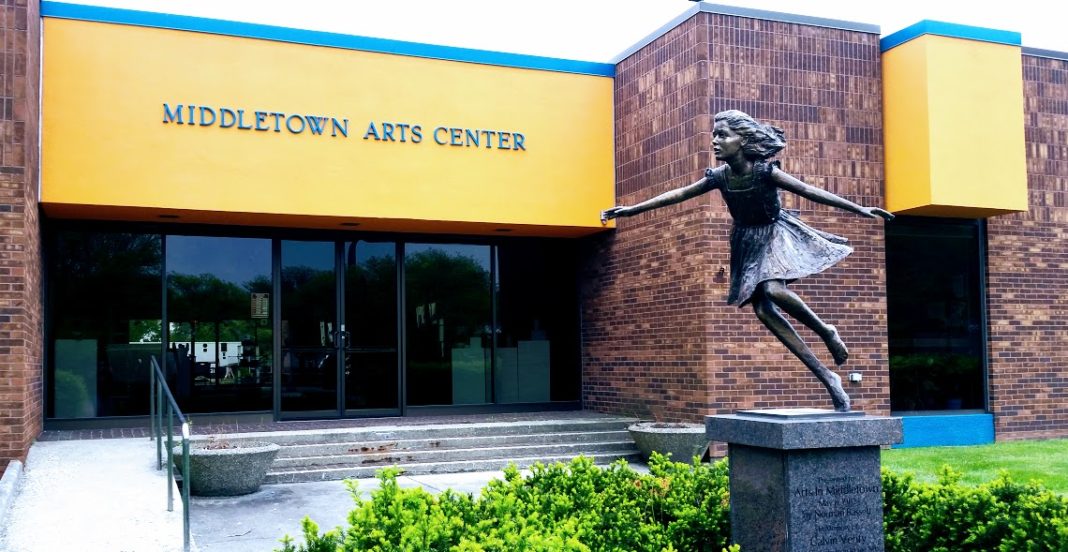 Planning a Middletown Staycation this summer? Middletown and the surrounding area has a lot to offer if you are looking to explore Butler County.  From arts to history to adventure, Middletown is a great place to spend some time this summer. 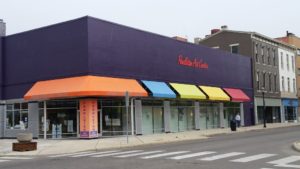 Pendleton Art Center
1105 Central Avenue, Middletown, OH
The Pendleton Arts Center strives to encourage and nurture artistic creativity, by providing a supportive and in an inspiring environment for artists and by offering art exhibitions, events and educational programs that raise public awareness and appreciation for the arts. Pendleton hosts First Friday on the first Friday of each month.  from 5 to 9 p.m. and the following day for Second look Saturday 11am -3pm. Some studios are open daily; some are open by appointment with the artist.  Pendleton does great work supporting local artists.

If you aren’t ready to take the plunge, pack a lunch and head to Smith Park, you can see the skydivers all day.  It is fun just to watch too.

Barn n Bunk
3677 Wayne Madison Rd, Trenton, OH 45067
Visit Barn-n-Bunk to get some delicious food and crafts. The Barn-n-Bunk is a unique farm market that has an array of foods and crafts available such as: a blending of home grown fresh produce, Amish baked goods, cheeses and jellies, honeys, pickled products and specialty mixes. We feature gift items from 40 local crafters who specialize in woods, fabrics, candles, florals, baskets, framed prints, potpourris, and furniture.

Bull’s Run Nature Sanctuary and Arboretum
3909 Rosedale Rd Middletown, OH 45042
Get some fresh air and explore this beautiful park. The Sanctuary contains the last free-flowing section of Bull’s Run creek, which marked an original boundary of Middletown plotted in 1802. The area was used as a grazing pasture for bulls in the mid-1800’s.

The front of the Sanctuary is an arboretum with labeled species of trees. Inside the Sanctuary is a picnic shelter and mulched trails leading you past birding areas, along the Bull’s Run creek, and through a meadow area under restoration. The creek-side trail is approximately 1/3 mile.

Rivertown Monroe Barrel House
6550 Hamilton Lebanon Road Monroe, OH 45044
Rivertown Monroe Barrel House. with a 30 tap bar, 24 tap patio and table service! A variety of freshly brewed, handcrafted Rivertown liquid on draft in addition to guest brews, cocktails, wine and soda. Open daily for lunch and dinner. Open play video games and pinball machines.  Tours of the brewery are offered, go backstage to see how the beer is made, tickets are $10 per adult, kids are free. 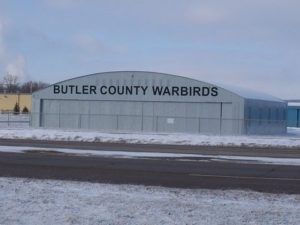 Butler County War Birds
Middletown Regional Airport 1707 Run Way Middletown, OH 45042
The Butler County War Birds were formed for the purpose of acquiring and maintaining historic aircraft and memorabilia to educate the public. The museum display is now open to the public on SAT and SUN 10 AM – 5 PM. Admission is free. The hangar is located at the corner of Wedekind and Germantown Roads at the Middletown Regional Airport.

Canal Museum
1605 N Verity Pkwy, Middletown, OH 45042
The Canal Museum was erected in 1982 as a replica of a lock tender’s house. It is located on the former site of the Miami-Erie canal and the Hydraulic Canal on the outskirts of current Smith Park.   Come and learn about what it was like living during canal days and learn more about Middletown’s history. The Canal Museum is now open for the 2017 Summer Season. Hours of operation are on Sundays from 2:00p – 4:00p.  Parking is in Smith Park.

BeauVerre Riordan Stained Glass Studio
1054 Central Avenue Middletown, Ohio 45044
Take a tour back in time with the BeauVerre Riordan Stained Glass Studios as we explain the history of the building and studio. View stained glass windows as the sun cascades through and cast different hues of colors on the floor. Learn how we create stained glass windows and see our artisans at work. Tours year round by appointment minimum of 8 people. $7.50 per person