Middletown Police would like to talk with this Couple.

Do you recognize them?

From the Press Release:

On Wednesday, February 5th at 12:54 a.m. the Middletown Division of Police received a call of an armed robbery at the Shell Gas Station at 2411 N. Verity Parkway in Middletown Ohio.  Two individuals went into the gas station, displayed a black revolver and demanded money. Scroll down… the story continues

Both individuals concealed their faces and attempted to conceal their hands.  We suspect it was a white male and white female driving a silver sedan.

Anyone recognizing these individuals should call Det. Winters at 513-425-7786.

Middletown Police would like to talk with this couple. Photo submitted 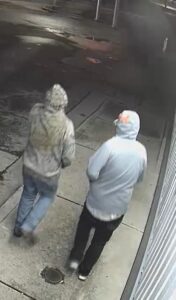 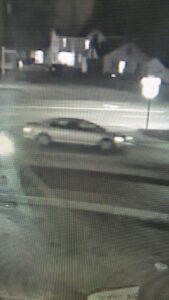