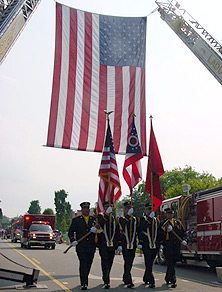 Memorial Day is a day reserved for remembrance of those who paid the ultimate price for our freedoms.  It is a solemn day of mourning, remembrance, and to honor our departed loved ones.

Join fellow citizens in Butler County to remember our fallen soldiers.  There are parades in Fairfield, Hamilton, Middletown and West Chester.

Parade starts at 10am ending with a formal program at Greenwood Cemetery featuring Phillip Alexander, Army veteran from the Vietnam War, as the keynote speaker. Route: -Starts on Neilan Blvd -East on Court St. -North on 2nd St. -East on High St. -North 7th St. -East on Heaton to Greenwood Cemetery (Grand Army of the Republic section) A Memorial Day Program begins after the Parade ends at Greenwood Cemetery at 11:15 am in the cemetery’s Grand Army of the Republic section. Chaplain Frank Smith, AMVETS Post 1983, the Hamilton High School Marching Band, and Caleb Keene are all participants in the Program. Caleb Keene is a local High School student, a member of the Butler County Young Marines, and will be entering the United States Marine Corps in August of this year. Learn more on Facebook.

The Middletown Memorial Day parade will be held. Monday, May 29, 2016 | 10:00 AM at Smith Park, 500 Tytus Ave.  Middletown, Ohio.  The parade will start from Smith Park at 10 a.m. and will travel North on Tytus Ave. to Sotuh Verity Parkway, and it will end at 14th Ave. and Woodside Cemetery.  Downtown – just off N Verity Pkwy, N Main St, adjacent to Middletown Regional Airport.

Learn more about the parade at the Memorial Association’s Facebook page https://www.facebook.com/events/1964165000471056. 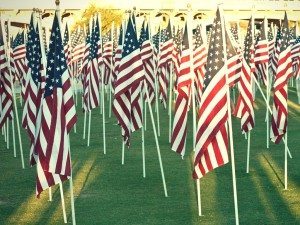 Veterans of Foreign Wars Post 7696 will host the annual Memorial Day Parade in West Chester at 10 a.m. on Monday, May 29th. Memorial Day is a day reserved for remembrance of those who paid the ultimate price for our freedoms.  It is a solemn day of mourning, remembrance, and to honor our departed loved ones.

Be respectful of the meaning of this day. Do not throw or give out candy, pass out information, or campaign along the parade route. The parade will begin promptly at 10:00 A.M., proceed south on Cincinnati-Dayton Road, turn right on West Chester Road and turn left into Brookside Cemetery where a memorial service will be held.