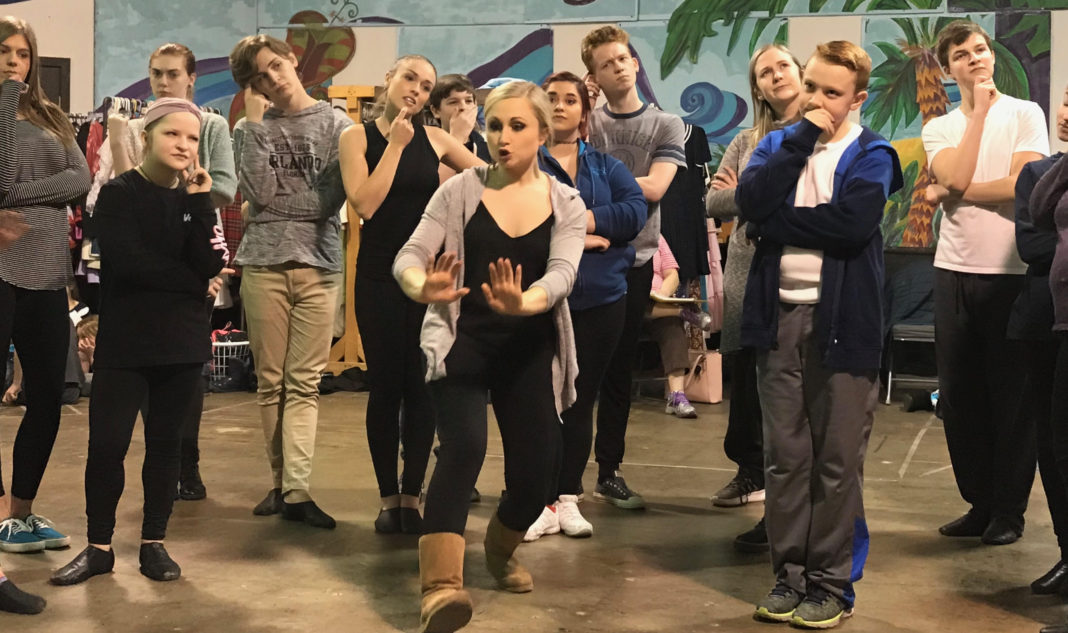 HAMILTON — The upcoming “Rotary Presents” musical is practically perfect: It’s a spoonful of sugar, and then some.

“Rotary Presents Mary Poppins” will be on stage at Parrish Auditorium on the Miami University Campus March 27-31. It features nearly 60 adults and youth from around the region who will sing and dance throughout the performances.
The annual musical is a fundraiser for the Rotary Club of Hamilton, which is celebrating its 100th anniversary this year.
Directed by Rodney Neal, “Mary Poppins” is a huge production that has required multiple rehearsals every week for three months. The show features specialized tap dancers and high-energy dances throughout, making it one of the toughest ever performed on the community theater stage.
The Rotary Presents rendition of “Mary Poppins” has some choreography required by Disney itself. Lead choreographer Samantha Murray has worked tirelessly to get everyone trained to dance during the many songs. Choreographers Kayle Rice and Kyleigh Coomer taught “Step In Time,” one of the many big songs with heavy dancing.

Vocal Director Betsy Horton has led the way with helping the cast learn the music — and there is a lot of it.
The show’s storyline is well known: British nanny Mary Poppins arrives out of nowhere to help the Banks family and to teach the children some values. Their parents learn a thing or two, as does the community in which Poppins takes the children (and her dear friend the chimney sweep, Bert) on an adventure.

This family-friendly show is great for all ages — including, and maybe especially — adults.
The public is invited to see this timeless Disney musical. Tickets are available online at hamiltonohiorotary.com or by calling (513) 348-5372.

For more things to do visit our calendar here.