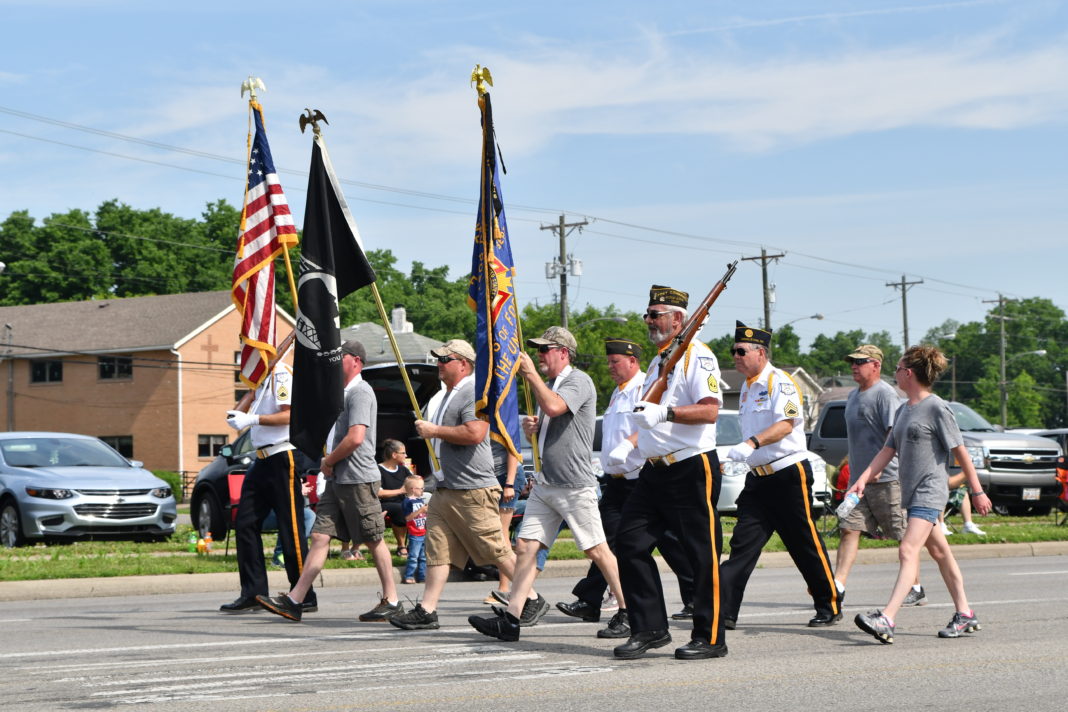 On Monday, we’ll all be remembering active military members who died, giving their lives for our freedoms. To celebrate them, several places are having events.

In Hamilton, there is a big Memorial Day Parade that culminates with a ceremony at Greenwood Cemetery. The parade marshall is Joe Garrett, a U.S. Army Purple Heart recipient.
The Hamilton parade begins at 10 a.m. on Neilan Boulevard, heads east on Court Street, north on Second Street, east on High Street and north on Seventh Street. It then turns on Heaton Street to reach the cemetery, city officials said.
The Greenwood Cemetery ceremony will be in the Grand Army of the Republic section.

West Chester Township will have its own Memorial Day Parade along Cincinnati-Dayton Road. The event is presented by the Veterans of Foreign Wars Post 7696.
It concludes at West Chester Cemetery on West Chester Road, officials said.
Children 12 and younger have been invited to ride in the parade, decorating their own bicycle or wagon, stroller, or scooter to join.
The West Chester parade is from 10 to 11:30 a.m. and begins at the intersection of Aviation Way and Dimmick Road, heading north on Cin-Day before getting to West Chester Road and the cemetery.

In Fairfield, a Memorial Day Parade will feature veterans, military units, the Fairfield High School Marching Band, people in service positions such as police and fire, and more.
The parade starts at 10 a.m. at Express Scripts on Dixie Highway and goes south on Hicks Boulevard, west on Nilles Road, left on Bibury Road and ends with a right turn on Wessel Drive at Veterans Memorial Park.
A ceremony will take place at the park when the parade ends. There will be guest speakers, including local veterans groups and Fairfield Mayor Steve Miller.
The Cincy Submarine Veterans will lead a ceremony from 1-3 p.m. at the park to honor the Tolling of the Boats to remember shipmates who gave lives in duty to the country.

Middletown’s Memorial Day Parade begins at 10 a.m. at the entrance of Smith Park. It will end around 11:30 a.m. at Woodside Cemetery, where there will be a ceremony at noon.
The parade grand marshall is Delbert Sharrett.
The event at the cemetery will include Mayor Larry Milligan with a special presentation, and address by Congressman Warren Davidson, music, memorials and more. The master of ceremonies is Levi Cramer.

In addition to honoring Memorial Day, this weekend will have several things to do as most schools are out for the summer and the weather is warmer. Here are some of those activities:
• May 24: Niederman Farm hosts a Spring Farm Tour

• May 24: Movie at Village Green Park in Fairfield

• May 25: Historic Guided Walking Tour of Oxford’s historical sites (every Saturday morning in May)

• May 24-26: Boeing Boeing, a play at Fairfield Community Arts Center

Butler County will have the Soldiers, Sailors and Pioneers Monument in Hamilton open 10 a.m. to 4 p.m Friday and Saturday and on Memorial Day.