Hamilton, Ohio Filmmaker and Actor Terrance Huff has a favorite hot sauce company. That company is Morgan City, Louisiana based DaT-Sauce. DaT-Sauce is the creator of an all organic hot sauce that bears the slogan “A little bit of hot with a whole lot of flavor!” The company also offers gluten-free all natural spicy ketchup called DaT Ketchup.

“The flavor of DaT Sauce is amazing” exclaims Terrance. “We literally put the sauce on
everything – chicken, alligator meat, fast food and in Bloody Mary drinks. It really does improve the taste of most everything I’ve tried it on.”
DaT Sauce is mainly available in the southern United States but the Last Honky Music Series is changing that. The series sends professional touring musicians into small venues in every corner of the United States. With those musicians are cases of DaT Sauce and DaT Ketchup. Tens of thousands of samples have been given to people all over the United States thanks to Last Honky Music Series. Now the sauce and ketchup are available in Butler County at The Hitchin Post in Darrtown, Ohio and at Jungle Jim’s International Market.

In the summer of 2017 DaT Sauce launched a commercial contest for their product. This peaked Terrance’s interest as a filmmaker and fan of DaT Sauce products. The recent availability of DaT Sauce at Jungle Jim’s inspired Terrance’s commercial entry. “Jungle Jim’s is simply a brilliant place shop” says Terrance. “The place is uniquely styled and colorful. It has every sauce known to man which made Jungles was the perfect back drop for my commercial.” After a few shopping trips and some time in his editing suite, Terrance had his commercial in the can. The filmmaker used only an iPhone phone to
shoot his piece and yielded some amazing results.

On October 20th 2017, Huff opened his front door to discover a package from Morgan City, Louisiana. Inside that package were 5 cases of his favorite product and check for $500 dollars. Terrance had won first place in the commercial contest. The filmmaker had this to say about his win: “I was blown away by the revelation that I had won the grand prize The other entries were great. I thought they were a lot funnier what I had done. I am extremely grateful to the employees of DaT Sauce and the judges for selecting my commercial. Humbled.” 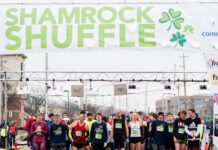 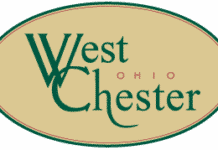 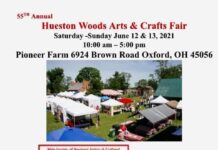