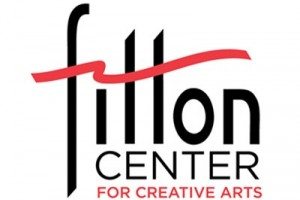 HAMILTON, Ohio – The Fitton Center for Creative Arts will exhibit works from its Hamilton Current art competition beginning Saturday, May 11, at 5:30 p.m. The exhibit will open with a free reception to honor the winners of the local contest.
The artists submitted their work in early April. All of the submissions were created within the last three years. A panel of jurors selected 75 pieces from a competitive field of 162 entries by 96 artists. Each artist lives within a 60-mile radius from Hamilton.

The exhibition will also feature works created by Miami University Regional students. An awards ceremony recognizing each winner will begin at 6:30 p.m.
The evening will conclude with a performance by notable comedian and Hamilton native Rajiv Satyal. Tickets for the performance can be purchased at the Fitton Center’s front desk.

Juror Paula Willmot Kraus said that the competition was stiff this year, and selecting winners wasn’t easy. Nevertheless, she said she was honored to be a part of the judging process. “I evaluated the quality and craftsmanship of the art, and whether it was well composed and designed,” Kraus said. “Ultimately, I looked at whether the artwork stood alone and was able to capture the viewer,”

Juror Benjamin Fredrick said that the submissions were wide-ranging and unique and that he was captivated by many of the pieces.
“There was a wide variety of work to decide on for this show,” Fredrick said. “It was great to see work that extends beyond traditional means and work where technique and craft remain the foremost pursuit.”

The Fitton Center will host the exhibit through July 12. The exhibit will remain free and open to the general public. The galleries are sponsored by Fort Hamilton Hospital and LCNB National Bank.
Located at 101 South Monument Avenue in downtown Hamilton, the Fitton Center for Creative Arts has offered performances, events, classes, and exhibitions for 25 years.