There’s a buzz around the Lakota Local School district. As the 2018-2019 school year kicked off in late August, teachers, parents, and students could clearly see that things around the 23 buildings that make up one of the largest districts in Ohio were going to be different. Instead of hitting the books right away, school administrators, teachers, and staff focused on creating a welcoming and energetic tone for the students.

“We felt it was important to build the foundation first,” Miller explained. “We have to set the standard for students to take risks and create a culture where they feel comfortable doing that. In the past, we didn’t give the time or tools to build relationships and cultures.”

This year, that changed. In the elementary schools, students engage in activities and games to help introduce them to one another and their teachers. In the junior high, freshmen and high school buildings, music could be heard in the halls, dance parties broke out in cafeterias and teachers, staff and students spent time engaging in meaningful discussions about what their expectations were for the year.

Superintendent Matt Miller spent the first day of the 2018-2019 school year on his second annual “World Tour.” In what can only be described as a whirlwind of a day, he and other local and state education leaders hit every school building, the Central Office, local hangout Coffee Beans, and Brew and the annual Moms and Mimosas event at Putters in Liberty Township.

Miller shared that Assistant Superintendent Robb Vogelmann organized the day’s schedule, which allowed the traveling team to spend about 10 to 15 minutes in each building. And, Lakota’s chief educator said it wasn’t easy moving on to the next place because of all the activity going on.

“It was so good to see all the first-day energy,” Miller said. “From the fanfare at Hopewell Junior School welcoming the kids and teachers and office staff to all the great celebrations at other schools. Sometimes people have a perception of the Central Office and those who work there as an ivory tower. We want our Central Office team to get out and see and see the decisions it makes in the school. And that’s a big part of what this is about.”

As part of Lakota’s innovative community outreach effort, anyone interested in following the superintendent’s crazy day (and everything else happening around the district) could follow #WEareLakota. Each stop was documented on Twitter and lots of exciting things were happening around the schools.

Whether it was Superintendent Miller shooting hoops with a student:

Or, a parade honoring the Butler County Deputy of the Year and Lakota East High School’s Resource Officer “Deputy Doug”:

Or, seeing how students will interact with new technology over the course of the school year:

But, Miller said it’s important to emphasize that the changes around the district aren’t merely for “the sake of change.”

“It’s not a blank check of yes,” Miller pointed out. “These changes…it’s yes to things that are probably innovative and increase student engagement. Then, we re-assess, re-evaluate and make changes from there. The teachers and staff have wanted to innovate and move forward for quite some time. The desire had been here but someone had to say to them, “Dare to be great. To innovate. To start saying yes and support those ambitions.” 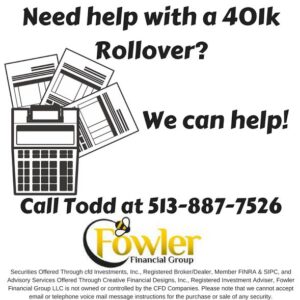 One of those changes includes ramping up the access to technology in the schools, according to Miller. For example, at the junior schools, students will be provided with a notebook computer for in-class and at-home assignments.

Other areas of innovation include re-vamping various learning areas within the schools: moving from libraries to full-fledged media centers, open study areas in the high schools, and integrating social media as a form of communication between the schools and community.

“There is a lot of negativity when it comes to social media,” Miller acknowledged. “But, I have been inspired by former University of Cincinnati President Santa Ono with how he interacted with kids. Social media has made a huge impact on connectivity. It’s all in how we use it.”

The district found a way for anyone to easily connect with what is happening around the schools and inside the classrooms. All it took was creating a “hashtag”

“Now, with the hashtag #WEareLakota, anyone can see what teachers, kids, and teams are doing all over,” Miller said. “It takes me 10 seconds,  ten times a day. And every time, I find more of the positives than the negatives. We are leaving a positive digital footprint.” 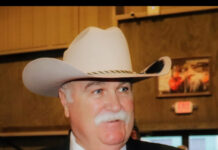