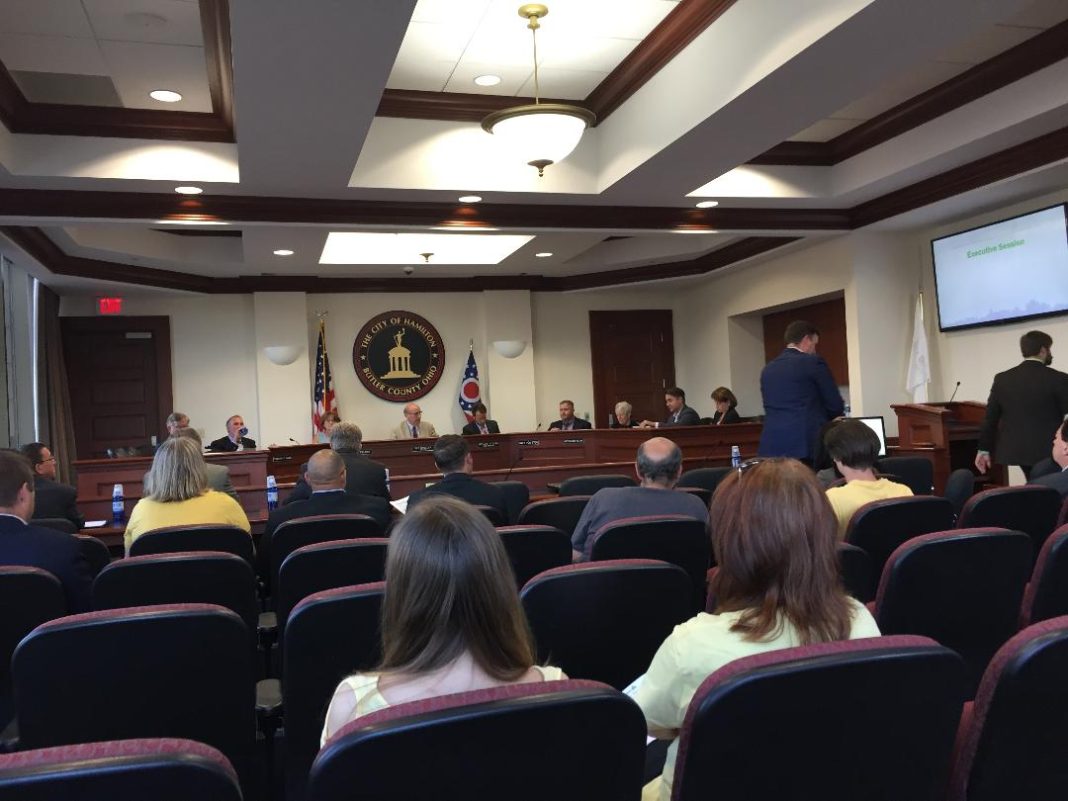 HAMILTON – The July 9th session of Hamilton City Council marked the end of a nearly nine-month journey for community leaders who last year proposed an ordinance to legalize beekeeping. With a City Council vote of 7-0 in favor of the ordinance, residents can expect to hear soon from the city about opportunities to maintain their own hive colonies on privately-owned lots. Residents in favor of the legislation were in attendance Monday evening in Council Chambers wearing yellow to show support for beneficial pollinators, specifically honey bees.

Colony Collapse Disorder (CCD) was first coined in 2006 when North American and European beekeepers alike observed declines in honey bee colonies by as much as 30-50% annually. It is believed that a combination of pesticide-use and varroa mite infestation are the main factors leading to these declines. One-third of global crops are pollination-dependant and therefore rely on honey bees. To reverse its effects, major cities across the U.S. including Boston, Chicago, and New York City have adopted similar beekeeping measures.

Hamilton’s new beekeeping ordinance will allow residents with a minimum lot size of 2,500 square feet to maintain at least one beehive on their property. They may keep an extra hive for each additional 2,000 square feet of lot size thereafter. However, this does not come without limitations. Neighbors who are able to provide documentation from an allergist of a severe medical reaction to bee stings may block hives from going in next door. Beekeepers will also be required to place appropriate signage along property lines notifying others of the beehives.