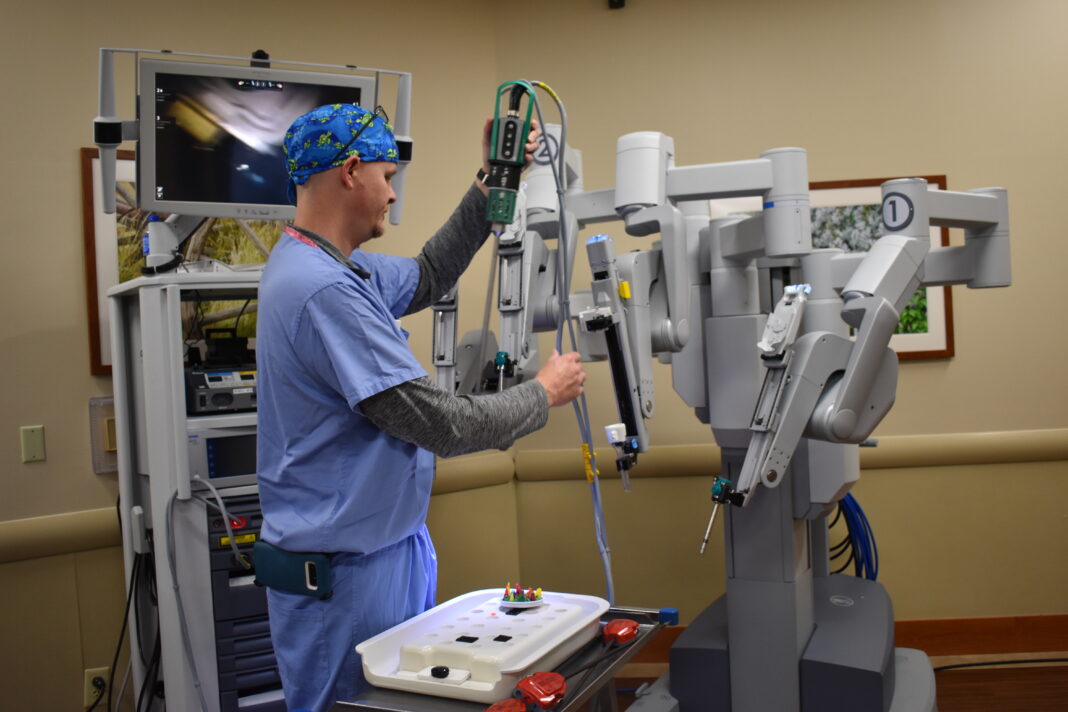 Fort Hamilton Hospital will now be offering robotic surgery for many of its patients. Robotic surgery is often used to treat cancer, urology, gynecology and gastroenterology, and other surgeries.

“We wanted to offer an alternative to traditional surgeries by way of minimally invasive procedures, such as smaller scars, and we’re able to do more difficult or complex procedures both in general surgery as well as gynecology. Those are our two targeted audiences right now, and with the growth of robotic surgery, nationally, we wanted to keep up with the demand to offer patients an alternative to traditional surgeries,” said Joseph Hooper, director of surgical services at Fort Hamilton Hospital.
Robotic-assisted surgery is a type of minimally invasive surgery that uses the latest in surgical technologies for performing routine and complex surgeries. Surgeons at facilities like Kettering Medical Center (KMC) and Soin Medical Center have already successfully practiced robotic surgery, operating through a few small incisions. Fort Hamilton Hospital expects to perform its first robotic surgery later this month.

“To stay competitive in a market of competing health systems, you have to offer the robot as an alternative. People seek that technology in a tech-savvy world. Obviously, people want to have the latest and greatest, and you have to be able to offer them that,” Hooper said.

“Our sister facilities, Kettering (Main)Medical Center and some of the others are using it…They’re even performing heart surgeries at KMC. We have three robots at Kettering Medical Center and they’re using them 75 percent of the time, five days a week,” Hooper said.

Initially, Fort Hamilton Hospital will have one robot to serve its patients. Robotic surgery enables a surgeon to operate with enhanced vision, precision, dexterity and control. Surgeons are 100 percent in control of the robot. More than 5,000,000 patients have been treated with robotic surgery, and over 43,000 surgeons have been trained to perform the surgeries in the U.S. and abroad.

Patients interested in finding out more can ask their physician what about their options are available to them for surgery.

Part of the Kettering Health Network, Fort Hamilton Hospital is a full-service, community hospital that continues to lead the way to better health in the Butler County area, serving patients from Fairfield and Middletown to Oxford and Cincinnati. For more information, go to www.ketteringhealth.org,