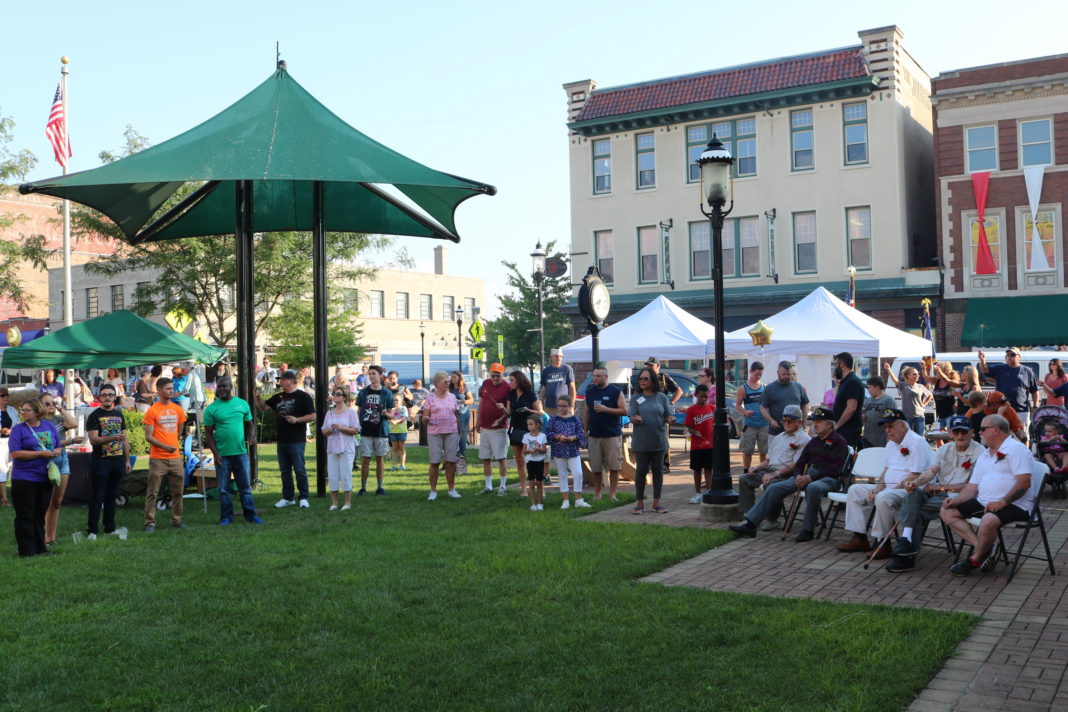 Looking for a family-friendly event in Butler County?

This first Friday of August was themed “Hometown heroes”. A night to honor those in the community that serve as first responders, local veterans, and soldiers! Tonight’s event featured police cruisers, fire trucks, and k-9 units! 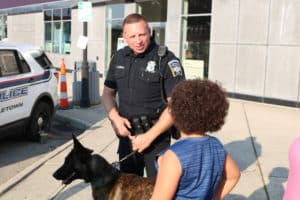 “We see these people every day and I think these events help to remind us, that’s it not that hard to stop and say hello”

During the opening of the appreciation ceremony, all the kids in the audience stepped up to the stage to lead the pledge of allegiance.

As a way to say thank you to all the local heroes, local residents lined up to shake the hands of the featured veterans, several serving in World War II.

Activites for the kids!

This month also featured several fun activities and crafts for kids to honor and give thanks to those who have served. These included several canvases that are being presented to the local police and fire stations around Middletown as a token of appreciation.

There were toy soldiers to take as a reminder to remember the real ones. 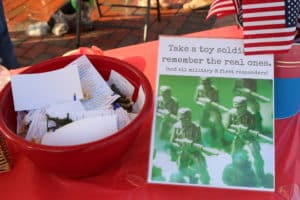 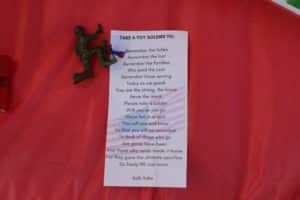 “Remember the fallen, Remember the lost, Remember the families who paid the cost. Remember those serving. Today as we speak, They are strong, the brave never the weak. Please Take a solider with you as you go, place him in a spot you will see and know. So, that you will be reminded to think of those who do, are gone have been. And those who never made it home. For they gave the ultimate sacrifice. So freely we can roam.”
– Keli hoke.

Be sure not to miss the next great first Friday event in Middletown!
Septembers first Friday’s theme is ” Dog Day downtown”!
For more information: www.facebook.com/events/177919649565238/ 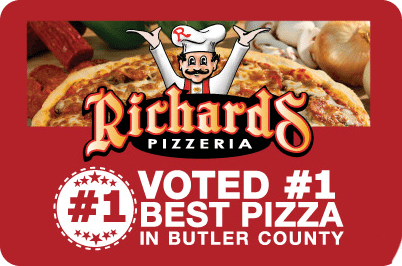