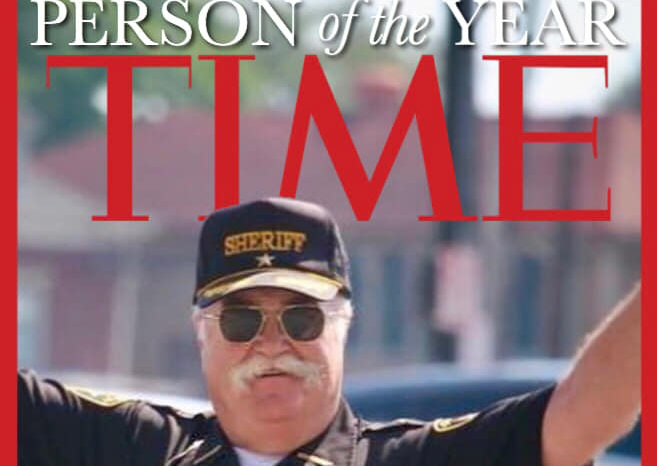 Check the comments for yourself below:

Haters gonna hate, The icing on the cake for Mr. Ivers is simple. The Sheriff shared his glorious work of art to his nearly 10k followers.

We received a quote from Mr. Ivers :

“I posted the image all in fun. I’m glad many people appreciate it, as did Sheriff Jones.

Although the fabricated magazine cover is satirical, I must note that the three descriptions were actual occurrences in 2018 for our Sheriff.

When GOP U.S. Senate candidate Josh Mandel dropped out of the race, Sheriff Jones was a State-wide prospective contender among a mere amount of other politicians.

He mentioned on Twitter just yesterday that he had previously trained 150 teachers in the past 10 months, with over 300 applicants. That’s impressive.

And I’m sure everyone knows about the school board exchange by Jones by now.

Many people that see my posts and/or Tweets know that I’ve voiced my own personal opinions on these happenings, just as Sheriff Jones

I want to clarify that the true 2018 winner of Person of the Year is absolutely deserving of the honor they received, and I in no way intended to degrade with the meme.

Yet, aside from the eye-catching meme, I think Sheriff Richard K. Jones is surely the Local Person of the Year… Maybe we should start that?”