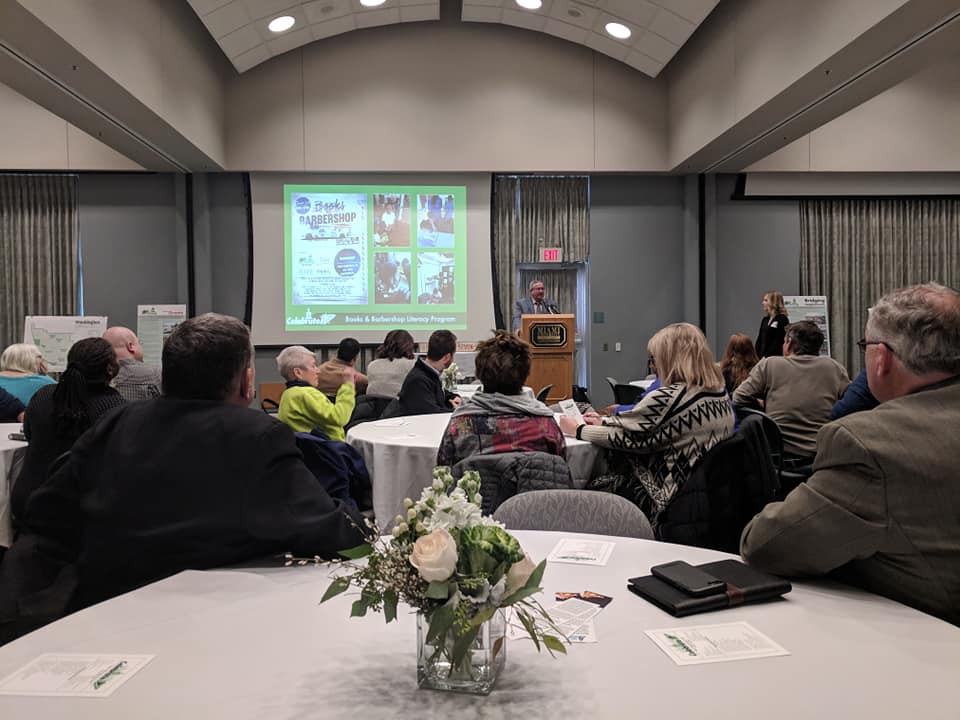 HAMILTON – Several community members filled Miami Hamilton’s Harry T Wilks Conference Center this past Saturday as part of 17 Strong’s Celebration Breakfast. The annual event was organized to recognize those leaders who received grants for projects/events in their neighborhoods.
Council Member Kathy Klink addressed the audience providing a backstory to 17

Strong’s origins:
“It all began in 2012 when we organized monthly meetings in Lindenwald with 75-80 residents in attendance. At that time, we felt that Lindenwald was the microcosm of the community. Then it dawned upon us that we needed structure. We weren’t as structured as we wanted to be, so we decided to name our neighborhoods. Some names were based on the geography of the neighborhood and others relating to businesses and schools. And so, we had 17 distinct names. That then led to the need for an advisory board and micro-grants for people to come together to. share pertinent ideas and have resources”.

More than twenty projects/events were funded throughout 2018 as part of 17 Strong’s micro-grant process. A few examples of what received funding include a fruit orchard for a community garden, Lindenwald’s annual movie in the park series, an organized bike ride throughout several neighborhoods in Hamilton, and so much more. Those interested in applying for a 2019 micro-grant can get more information by contacting
them at 17strong@hamilton-city.org.