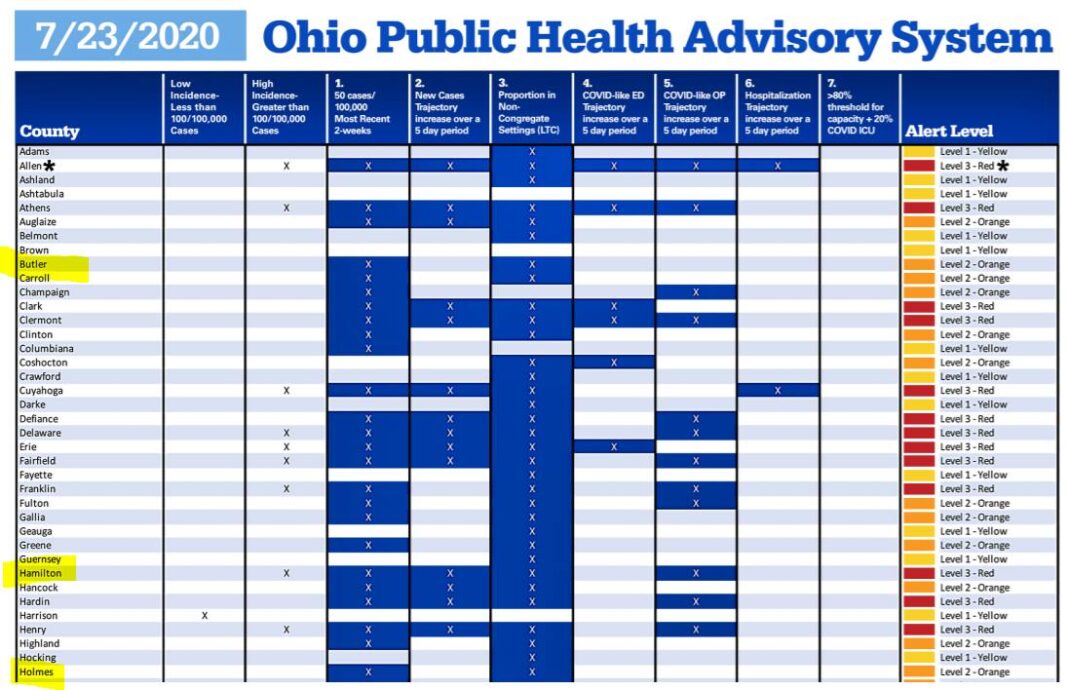 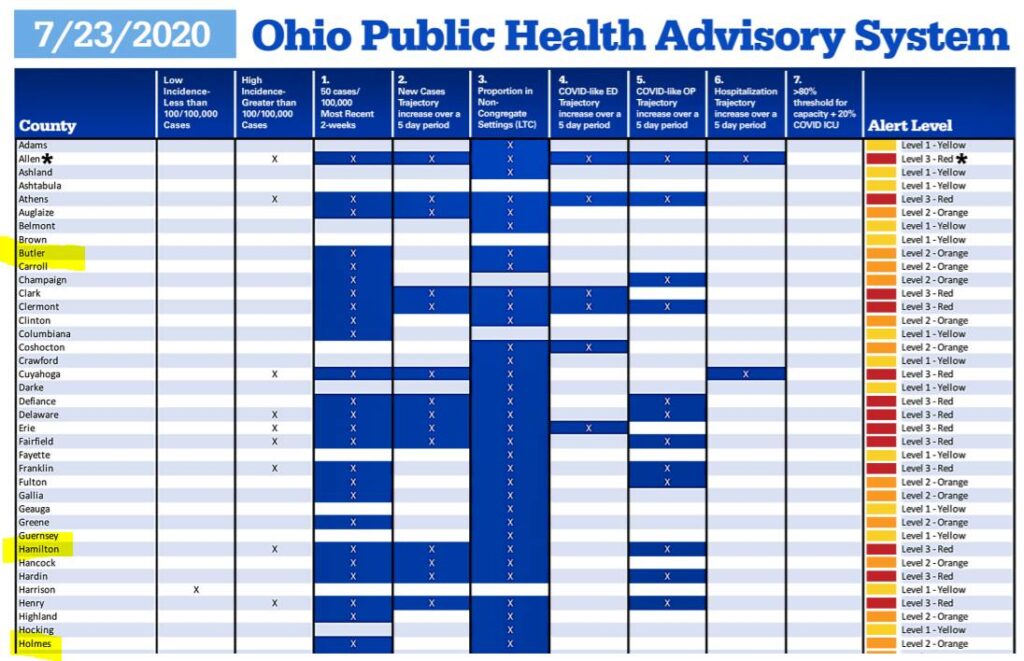 Yes, Ohio’s case numbers continue to climb but are reaching what could be a new normal, averaging around 1300 new cases per day (chart #2). I’ll show the Johns Hopkins positivity report for Ohio, chart #3. Ohio continues reporting at 6% positive tests, no matter how many or how few tests are taken. CDC would like to see 5% or lower. 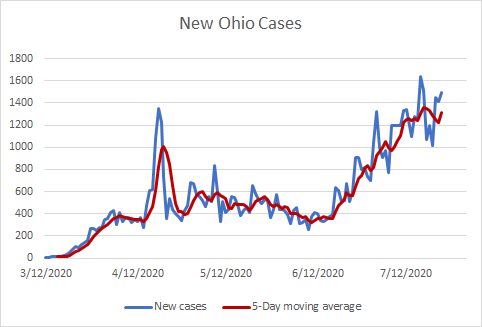 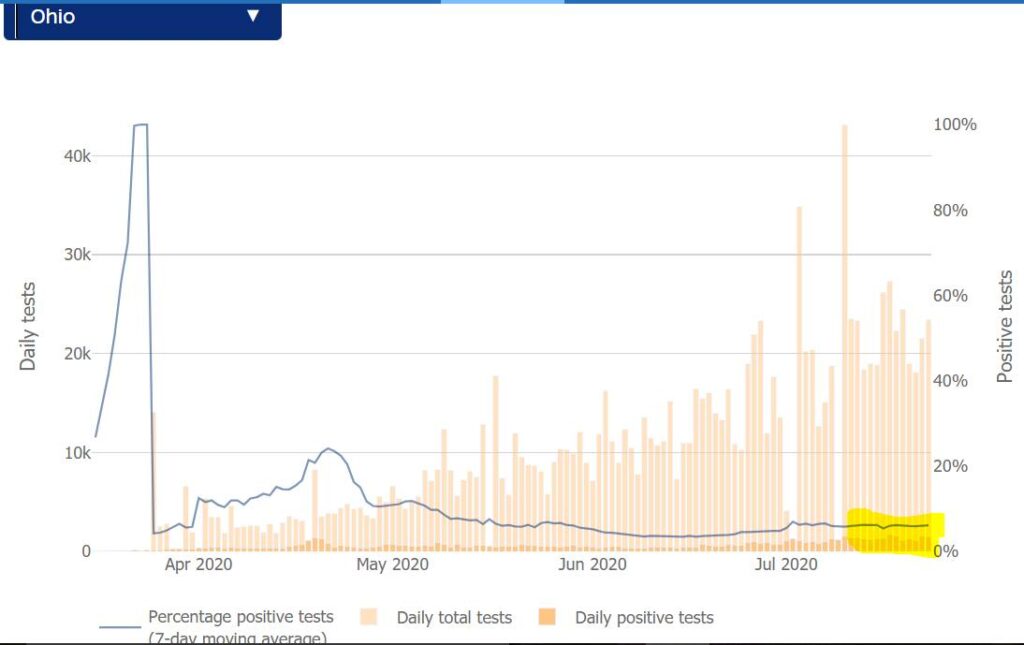 This could be disturbing, however. Ohio’s death rate (chart #4, gray line) has tripled from its low of 8.6 two weeks ago to 24.6 today. That’s a 5-day rolling average, so it varies a bit, but it also takes out the spikes. Chart #5 shows the raw chart. 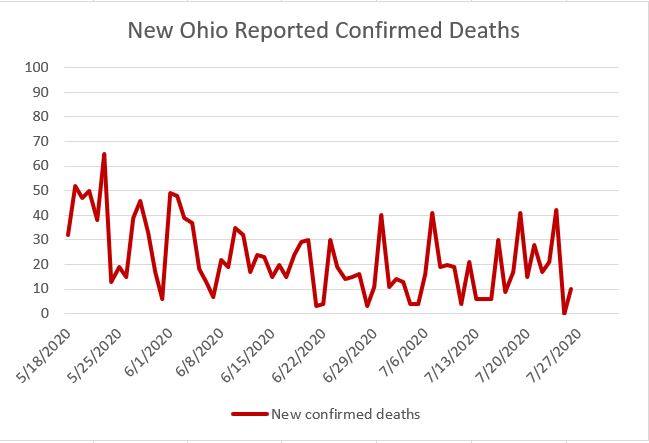 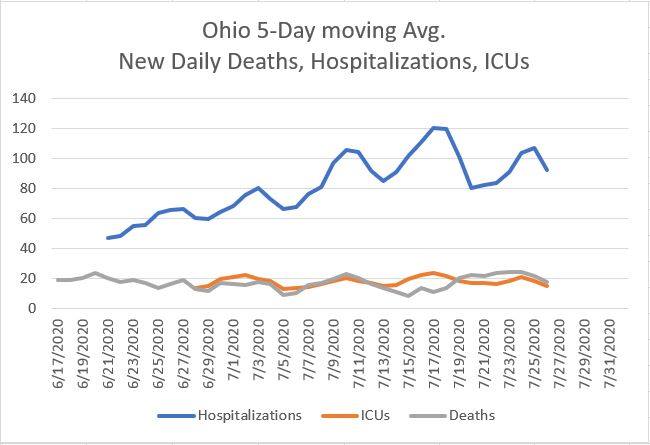 You’ve heard about all the other reports from the worst affected states in the south. Last weekend I saw where there were a couple of states trending lower. If it’s hot enough this weekend, I’ll research it and report back.

One more thing. I’ve got a few Facebook friends who are all over New York state like white on rice. Other friends are saying that NY is doing things right, but the first core group won’t hear it. They look at the cumulative numbers and say NY is a disaster. I share chart #6 (from the COVID Tracking Project) with them and explain that it’s a case of “What have you done for me lately.” New York and most of the New England states are doing quite well. Falls on deaf ears. Continue looking at the big picture. 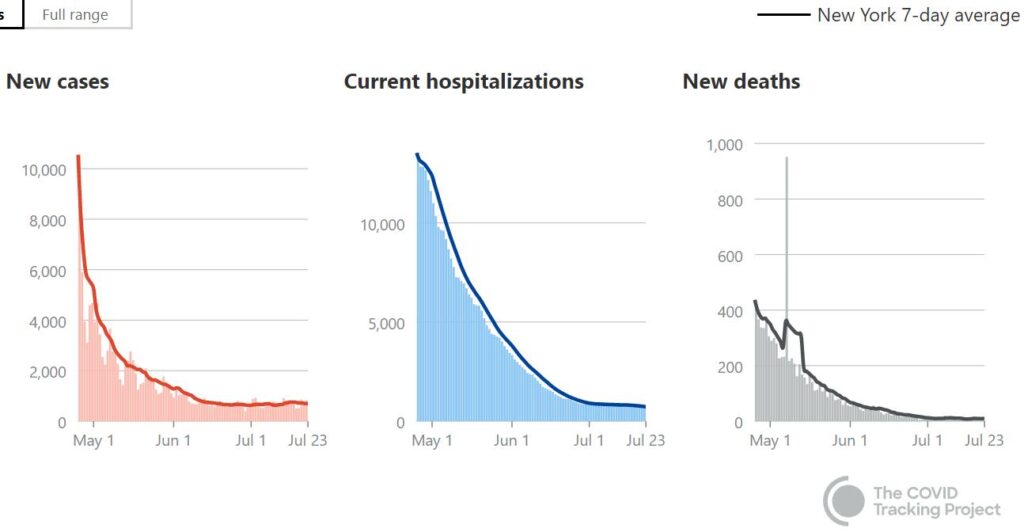 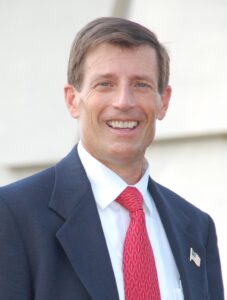 David Corfman is a 28-year resident of West Chester, where he lives with his wife Julie, a piano teacher and church organist. They have two sons, Philipp, a recent college grad, and Erich, who attends IU.  David is the IT manager for an international manufacturer and is a long-distance runner