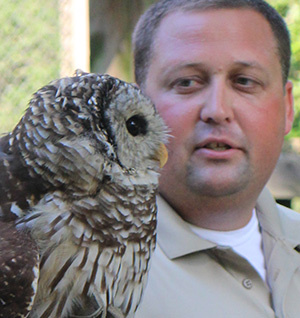 This year Butler Soil and Water Conservation District celebrates 77 years of conservation. To highlight the District’s work each year, the District holds an Annual Meeting Open House, which will take place on Tuesday, August 27 from 4 – 7 pm this year at the District’s office at 1802 Princeton Road. “In the past we have done the formal meeting, but we have been doing the open house for about ten years. The open house format is more relaxed, we want everyone from our Butler County community to come to our meeting.” Says Kelly Crout, District Director. “This is a way for our landowners, officials, residents, and partners to see what Butler SWCD has accomplished this year to celebrate conservation efforts in Butler County”.

One aspect of the annual meeting which has stayed constant is the Board of Supervisor Elections. Each year, Butler County residents can vote to elect board members to a three-year term to the 5-member Butler SWCD Board of Supervisors. The election takes place at the annual meeting form 4 – 6 pm. The winners of the election will be announced at the end of the meeting around 7 pm. This year’s candidates are Douglas J. Abbott, Nathan E. Gillespie, and Linda Peters. Bios of each of the candidates, as well as all the election information, can be found on the District’s website at www.butlerswcd.org.

The annual meeting open house is free to anyone who would like to attend and there is a pulled pork dinner. At 7 pm the awards portion of the meeting will begin. This year the keynote speaker will be Shawn Conner from Hueston Woods, who works for the Ohio Department of Natural Resources. He will be bringing his birds of prey for attendees to view, as well as talking about native wildlife in Ohio. Butler SWCD Awards will be presented to the Educator of the Year, Urban Cooperator of the Year, Friend of Conservation, Conservationist of the Year, and Outstanding Cooperator of the Year. Again, Butler SWCD hopes to see you all on Tuesday, August 27 to help them celebrate 77 years of conservation.