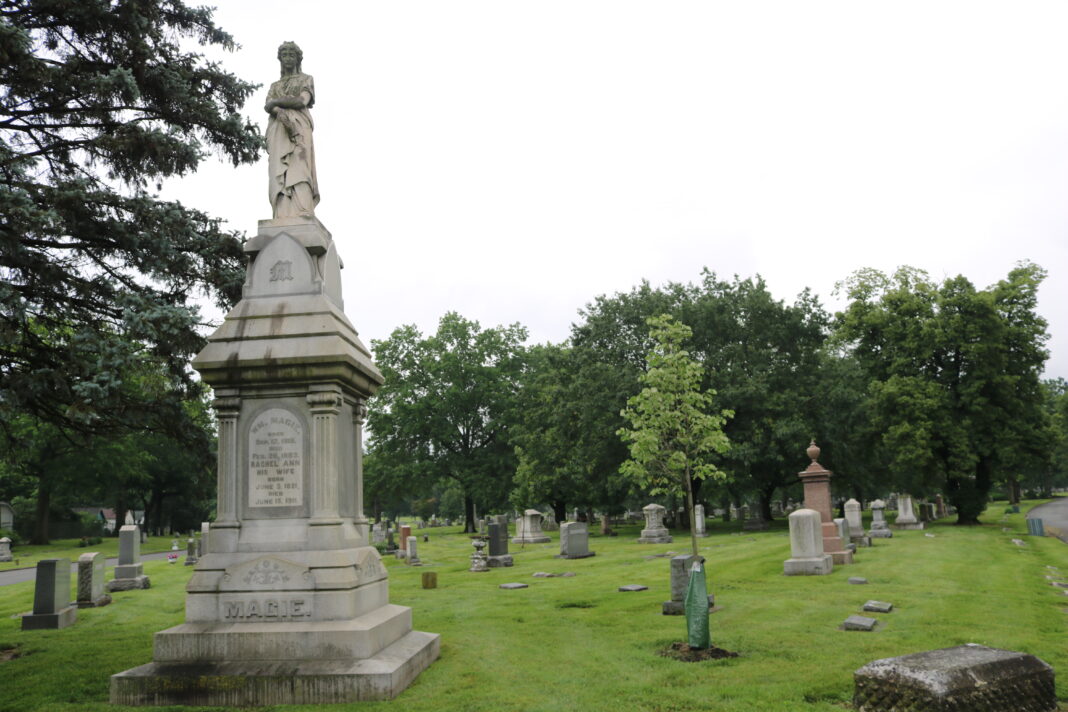 When Magie requested that her husband’s remains and grave marker be relocated to Woodside Cemetery, the Middletown Cemetery Association did not object, but requested that Magie pay the fees associated with the redevelopment of the plot.

The fees included a $10 fee for exhuming a body, a $5 fee for removing brick or stone in vault-wall grave, $0.75 per square yard of refilling excavations, $0.05 for sodding and repairing, $3 per perch for removing foundation stone under the monument, $5 for raising a metallic casket, and $2 for the related paperwork.

With a large plot and 13 perches of foundation stone to remove, the cemetery association asked that Magie pay $75, in accordance with their rules and requirements.

Describing the fees as exorbitant, Magie decided to bring the disagreement to court. She requested that the squire issue an order of replevin to allow her to take control of her property. Additionally, she claimed that the detention of her property by the cemetery association damaged her in the amount of $100.

Making the story more puzzling, the Friends of the Middletown Cemetery noted in their Facebook post that Magie was a wealthy citizen, donating $25,000 to build the Middletown Hospital after the tragic train wreck.