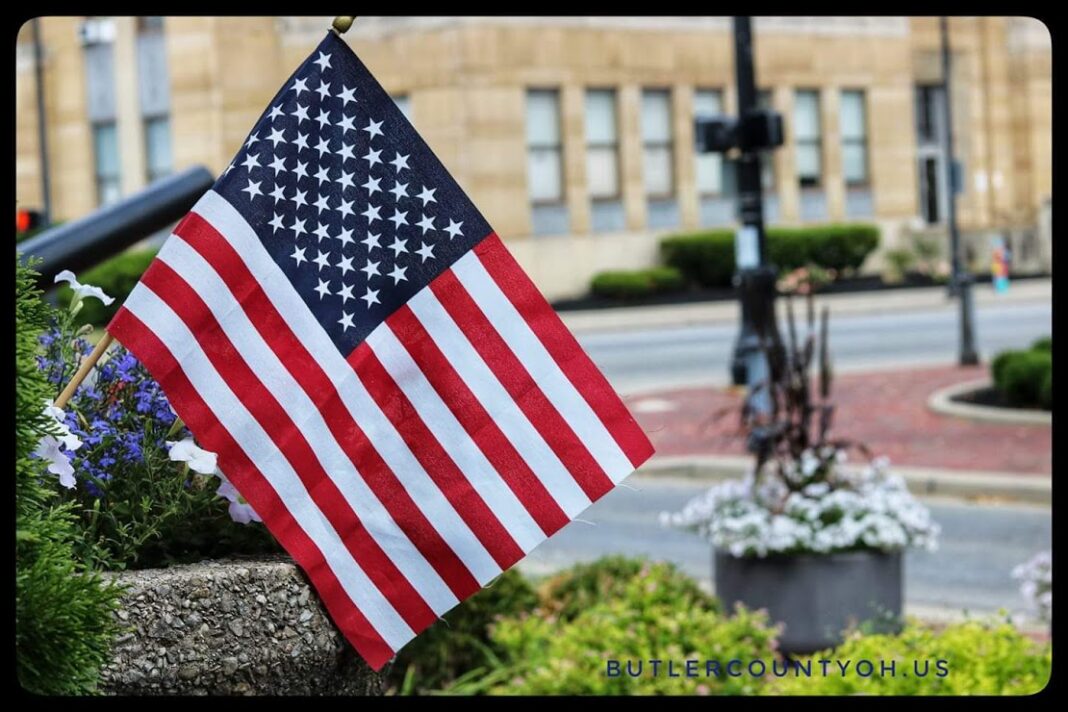 Across Butler County, communities will celebrate the Fourth of July with numerous displays of fireworks and other festivities. Fairfield, Hamilton, Liberty Township, Middletown, Monroe and Oxford all have plans to honor the 243rd birthday celebration of America.

Hamilton Celebrating the 4th of July

On Thursday at 10 a.m., Hamilton will host its annual parade. The parade will begin at the Butler County Fairgrounds and will end at the Butler County Courthouse. From 11 a.m. to 3 p.m., living history displays will be open to the public at Monument Park. Heritage Hall, the Monument and the Butler County Historical Society will hold open houses from 11 a.m. to 4 p.m. At noon, a ceremony honoring the great patriots of our nation will be held at the courthouse. The evening will end with a bang as fireworks will launch from Veterans Park at 10 p.m.

On Wednesday, Fairfield will commence its annual festivities with a fishing event at Marsh Lake, beginning at 5 p.m. The Fairfield Aquatics Center will open its gates to families for a fireworks swim beginning at 7 p.m. The swim will feature food, games and music. Admission to both the Aquatics Center and Marsh Lake will be $5, or free for season pass holders. Village Green Park will host The Whammies beginning at 8 p.m. Harbin Park will host The Soul Pocket Band at 8 p.m. At 10 p.m., Harbin park will host the annual Rozzi Famous Fireworks display.

On Wednesday, Middletown will hold its annual Broad Street Blast beginning at 5 p.m. Headlining this year’s event is The Kyle Wallace Experience, joined by David Victor, formerly of legendary rock band Boston. At sunset, a fireworks display will end the evening’s events. On Thursday, Middletown’s Independence Day Parade will begin at 10 a.m. The parade starts at Smith Park at 10 a.m. and ends at Woodside Cemetery. On Friday and Saturday, the community will host its All-American Heroes Weekend. Beginning at 5 p.m. both evenings at Governor’s Square, the event will feature a ceremony honoring America’s heroes at home and abroad, and will include live music and entertainment.

Beginning at noon on Thursday, Monroe will host its annual Independence Day Parade starting at Monroe’s Kroger parking lot and concluding at Monroe Community Park. After the parade, the Monroe Lions Club will host its Light Up The Sky event, which will include live music, beer tents and a classic game of baseball. The evening will end with a 10 p.m. fireworks display.

At 6 p.m. on Wednesday, Oxford will host its Freedom Festival at Oxford Community Park. Visitors will pay $5 for parking. The event includes a pie contest, community displays, concessions, door prizes and live entertainment. The evening will conclude at 10 p.m. with fireworks.

Liberty Township will hold its annual Independence Day Parade on Thursday beginning at 9 a.m. The parade will begin at Lakota East High School and will conclude at Liberty Junior High School.