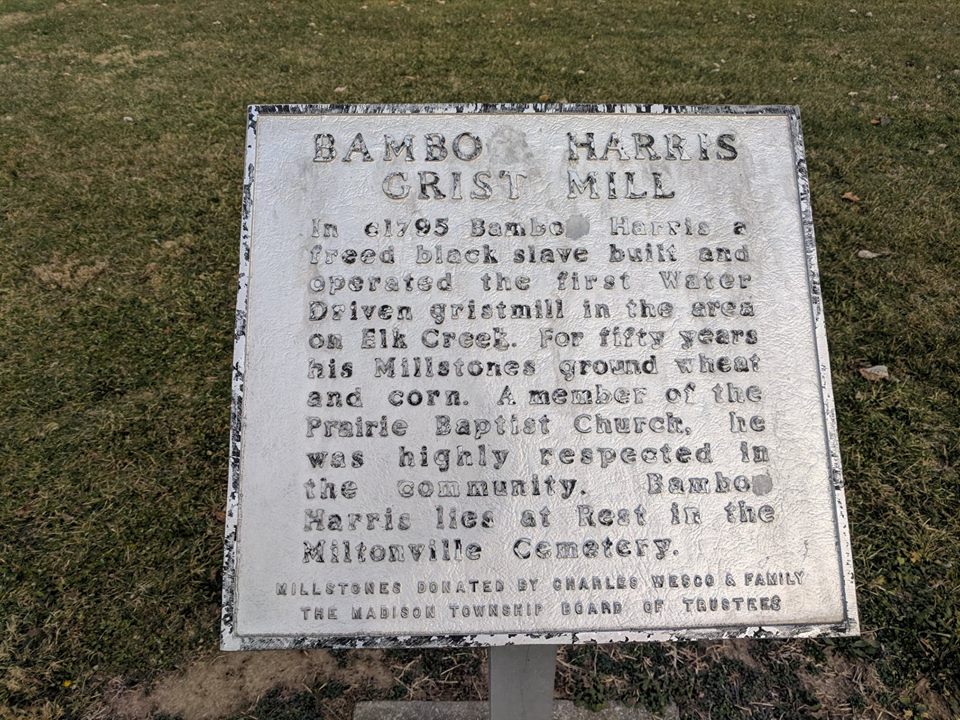 The village of Miltonville is a small community nestled in the northern part of Madison Township, Butler County, Ohio. Founded and platted in 1816 by George Bennett, Theophilus Eaglesfield, and Richard V. V. Crane. Miltonville is about 1.4 miles north of Trenton and near the intersection of Elk Creek and Howe roads. Elk Creek has served two grist mills, the first one was built in 1804 by Bambo Harris and the second was built by George Bennett in 1815.

Miltonville was named after the famously known English poet, John Milton. Being called the “Greatest English Author”, Milton achieved international renown and is best known for his epic poem called “Paradise Lost” (1667) written in blank verse. Milton wrote in English, Latin, Greek and Italian and has also been regarded “as one of the preeminent writers in the English language”.

After the Northwest Ordinance of 1787 prohibited slavery in the territory of the Ohio River, several freed black slaves came to the area of Butler County. One of these men being the one and only, Bambo Harris. At the same time, the early pioneers in the area were starting to farm the local land and were producing an abundance amount of wheat and corn. Unfortunately, there were no mills in the nearby area to grind the crops. That’s where Bambo Harris stepped in – with the support the pioneers, Harris built the first water-driven mill in the area and for a half a century owned and operated it. Harris became a well-known and highly respected member of the community. Bambo Harris now lies at rest at the Miltonville Cemetery.