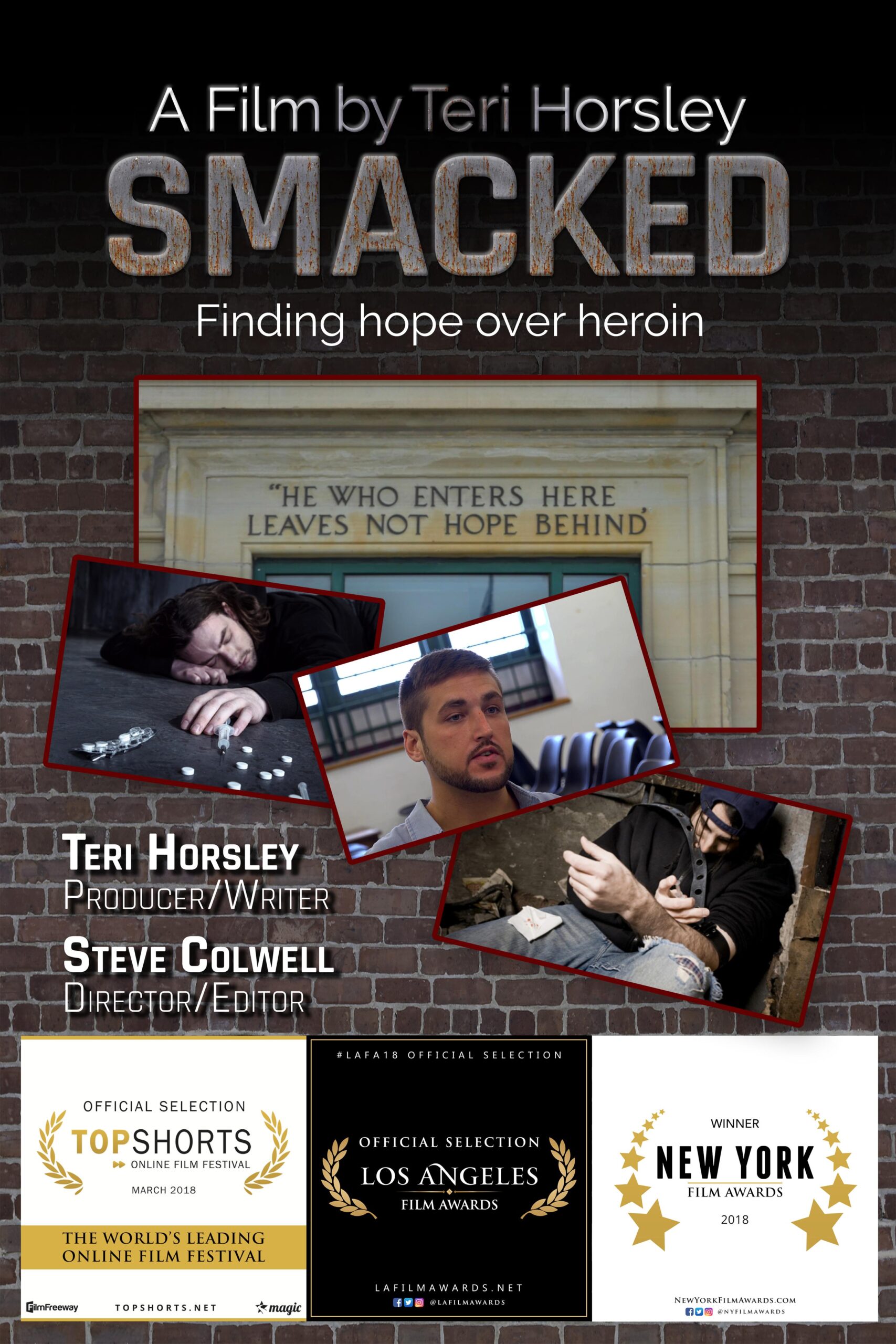 Teri Horsley and Steve Colwell met in 1997 at Fort Hamilton Days, a community festival that celebrated Hamilton’s heritage. Neither had any idea that decades later they would collaborate on an award-winning film.  Teri is a graduate of Northern Kentucky University. While working on her Master’s degree in 2015 the idea of “Smacked” began to take shape. Many people may know Teri from her days on WMOH and WLW, she is a professional writer and sales executive with Porter Advertising. The other key partner to this duo is the director, Steve Colwell. Steve has been the working partner of TV Hamilton for nearly two decades. From camera crew, director, editor, and producer, Steve has a working knowledge of how to present the story. This dynamic duo has received awards and recognition from coast to coast.

The short film premiered in London Correctional Institute to an audience of inmates. The film attempts to explain why the average person would use heroin.  The short film is raw, personal, and reveals the grip of the heroin epidemic.

Congratulations to Steve Colwell and Teri Lynn Horsley on your well-deserved award.