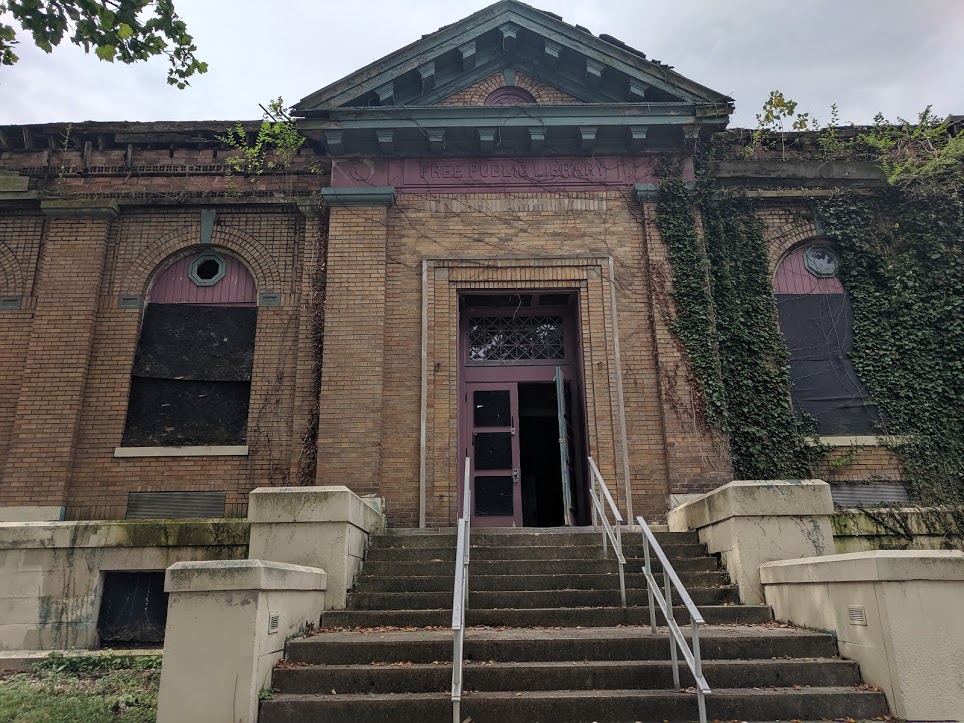 After it’s closure as a library in 1981, the building served as a homeless shelter and a storage building, and eventually sat vacant for a number of years. In 2017, Fairfield architect Dan Mayzum was driving through Middletown when the deteriorating structure caught his eye. He contacted a local realtor who helped him track down the library’s owner, a process that took nearly a year.

After tracking down the building’s owner, Mayzum began the process to purchase the building, and at the same time began a conversation with Middletown economic development officials about restoring and repurposing the 106-year-old structure. After presenting his plan for the site, Middletown officials removed the building from their demolition list.

When Mayzum finally secured ownership of the building in 2018, he began the first phase of his plan to turn the Carnegie Library into a multi-purpose facility, complete with a restaurant, a brewery, and an office space.

The first phase of the project is to stabilize the building.

This entails restoring 181 windows, reinstalling interior doors, and patching and replacing the roof structure. Mayzum created bottle openers using some of the materials from the roof trusses and plans on selling them to raise money for the project.

The second phase of the project includes interior finishing, including two elevators, and the outside terrace and courtyards. Mayzum expects about two years of construction to complete work on both phase one and phase two.

“It’s quite multi-function for home-based businesses or any of the local businesses that want to come in and have breakout sessions or meetings,” Mayzum said.

Other parts of the building will be used as a restaurant and a brewery, which Mayzum will contract out to other entities.

For the restaurant, Mayzum plans to bring back the old-library feel of the space.

“It’s more of that urban, industrial, exposed clay block feel, but also with local art from Middletown,” the architect said.

The brewery in the basement will have a darker feel, according to Mayzum.

The cooperative workspace will have more of a modern, urban feel.

“It will have exposed steel and transparent glass, with more light being let through there,” Mayzum said.

Mayzum periodically hosts community volunteers to work on different tasks around the grounds. For more information and updates on the Middletown Carnegie Library project, visit https://www.facebook.com/Carnegie-Library-Middletown-OH-603273680058199/